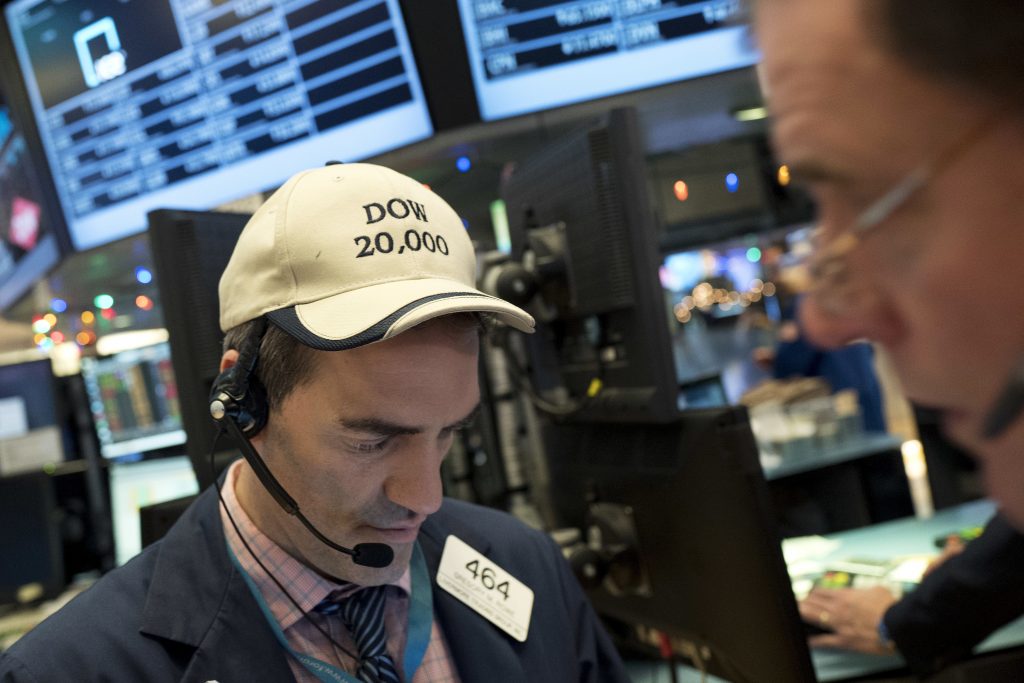 U.S. stock indexes are slightly lower on Wednesday as health-care companies and banks slip. Household goods makers, including companies that sell snacks and drinks, are bouncing back from losses a day ago. The Dow Jones industrial average remains near record highs, but short of the 20,000-point milestone.

FINANCIALS FALLING: Banks also slipped. Goldman Sachs fell $2.57, or 1 percent, to $240.52, the biggest loss among the 30 stocks in the Dow average. Goldman has done far better than any other Dow stock since the presidential election in November and it’s trading near its all-time high.

LOST IN THE MAIL: Shipping company FedEx said its quarterly expenses climbed and its earnings fell short of Wall Street estimates. The company’s stock lost $4.70, or 2.4 percent, to $194.04.

MONSTER GAINS: Companies that make drinks, snacks, and other everyday household items traded higher. Monster Beverage rose $1.91, or 4.4 percent, to $45.45 and Oreo maker Mondelez added 56 cents, or 1.3 percent, to $44.88. The stocks dipped on Tuesday, partly because of weak earnings for General Mills. On Wednesday that stock recovered most of its losses and rose $1.38, or 2.2 percent, to $62.83.

THE SHOE FITS: Athletic apparel maker Nike gained 47 cents to $52.26 after its second-quarter profit and sales came in stronger than analysts expected. Nike is by far the worst performer on the Dow this year, as its stock has tumbled 17 percent in part thanks to competition with Under Armour. Investors fear the rivalry is affecting both companies.