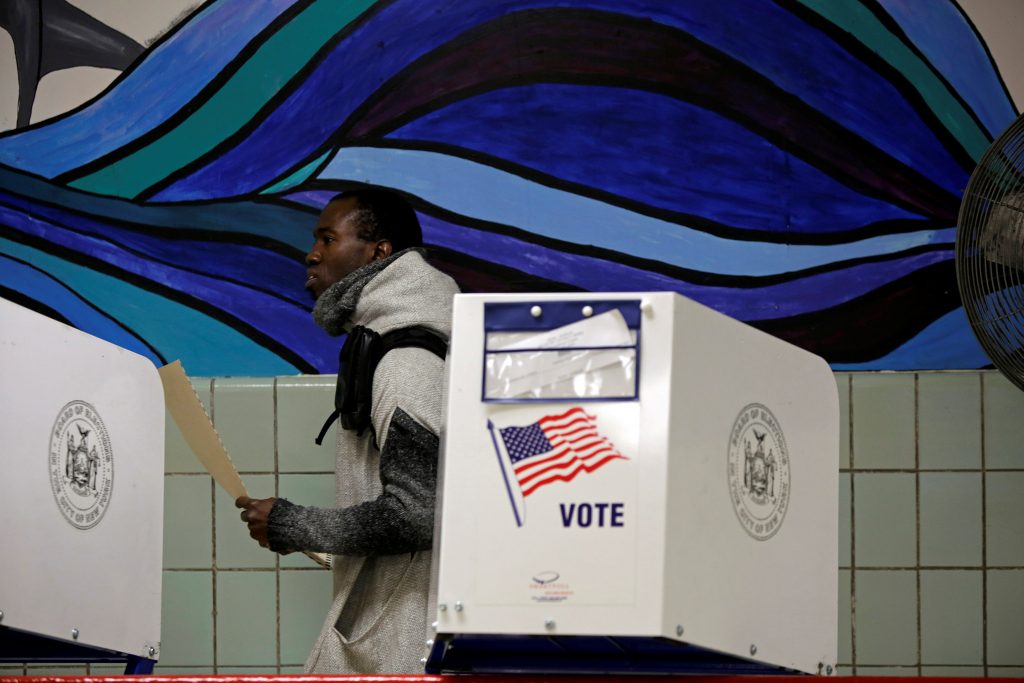 Americans’ enduring confidence that their elections are unimpeachably fair is teetering. Welcome to what much of the world calls reality, especially Russia’s neighbors.

While the United States cites its popular votes and peaceful transitions of power as examples of its democratic vigor, elections results elsewhere can entail a hint or heavy dose of suspicion. Ballots are rigged regularly, level playing fields are rare and bigger powers often meddle in the sovereign political processes of smaller nations.

Russia, accused by the CIA of helping Donald Trump in last month’s presidential election, is no stranger to accusations of interference with other countries’ elections. Nor is the United States.

Whether the full extent of the accusations of Russian interference turns out to be true, they already are damaging the legitimacy of the U.S. democratic process. When many citizens distrust their government, the media and other institutions of American life, doubts about the freeness and fairness of the elections cause consternation.

The outgoing Obama administration is reviewing the evidence of Russian hacking of emails from the Democratic Party and Hillary Clinton’s campaign chief John Podesta, and if such activity was designed to tilt the outcome toward Trump. Republican-led investigations are taking place in Congress.

Trump has denounced the claims as partisanship. “Can you imagine if the election results were the opposite and WE tried to play the Russia/CIA card. It would be called conspiracy theory!” he tweeted this past week.

The broader, systemic fear for the U.S. is that what was an anomaly in 2000 could start becoming the norm: elections that don’t produce presidents recognized by one and all.

Sixteen years ago, it was the disputed recount and incredibly close contest in Florida between Republican George W. Bush, the eventual winner, and Democrat Al Gore. Now, it is the question of whether Trump, who like Bush didn’t receive the majority of votes nationwide, would have prevailed in a race that didn’t include daily email revelations from the anti-secrecy group WikiLeaks.

Trump may have contributed to the distrust. Before the Nov. 8 vote, he repeatedly suggested the election was “rigged” against him. A Pew Research Center survey shortly before Election Day showed 56 percent of Trump supporters having little to no trust in the fairness of the process. Only 11 percent of Clinton backers felt that way.

While the numbers may appear an anomaly in America, elections are hardly beyond reproach in much of the world.

Most of the world’s governments include some form of voting on national leaders. But most nations don’t qualify as “free,” according to the nongovernmental organization Freedom House.

The State Department also chronicles the shortcomings of countries in its annual reports, detailing which governments and leaders restrict freedom of expression, the press and open dissent before and during elections. Africa, Asia and the Middle East score particularly poorly, and the world’s most populous nation, China, remains a one-party state. Yet even some of Europe’s established democracies are appearing increasingly flawed.

Some fault may reside in foreign interference. In France, Germany and the Netherlands, officials are preoccupied with what they see as Russian moves to influence their elections through support for nationalist and populist parties, and efforts to delegitimize governments that haven’t done Moscow’s bidding.

German officials charge Russia with engineering hacks of Germany’s parliament. Elsewhere, the perceived meddling has come in the form of false news stories designed to sway voter sentiments. It was only 12 years ago that Ukraine’s eventual president became disfigured after he mysteriously ingested a lethal poison while campaigning against a pro-Moscow candidate.

Many countries in Central and Eastern Europe live with the memories of Soviet-manipulated votes ushering in communist dictatorships.

For them, cyberattacks may be only the newest weapon.

Russia denies that it interferes or plays favorites in foreign elections.

The United States has a dodgy record itself.

Its Cold War history includes cases when it ensured the victory of pro-capitalist and pro-democracy parties against communists, as in Italy after World War II. In other instances, Washington’s response to unfavorable results was coup d’etat, as in Iran and Guatemala in the 1950s or Chile two decades later.

These days, the U.S. stresses level playing fields in foreign elections, a message that less-than-free governments often conflate with interference.

Washington says it remains strictly impartial as other nations make their democratic choices.

Yet top U.S. officials still play favorites, meeting opposition figures in some countries but not others. In rare cases they even take sides, as when President Barack Obama publicly urged Britain’s voters not to leave the European Union. He failed.

These efforts, however, differ from what Russia is accused of doing because they are out in the open. They do not involve claims of ballot tampering, illegal funding for parties or cyberhacking.