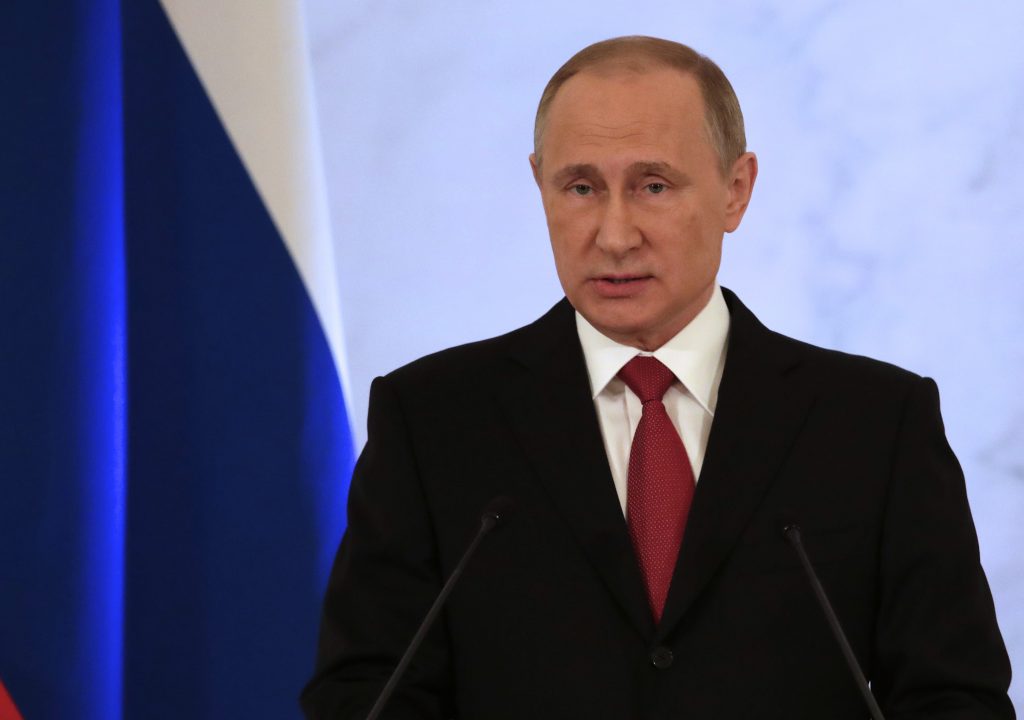 The Obama administration suggested Thursday that Russian President Vladimir Putin personally authorized the hacking of Democratic officials’ email accounts in the run-up to the presidential election and said it was “fact” that hacking had helped President-elect Donald Trump’s campaign. The White House also leveled an attack on Trump himself, saying he must have known of Russia’s interference.

No proof was offered for any of the accusations, the latest to unsettle America’s uneasy transition from eight years under Democratic President Barack Obama to a new Republican administration led by Trump. The claims of Russian meddling in the election also have heightened already debilitating tensions between Washington and Moscow over Syria, Ukraine, and a host of other disagreements.

After an NBC News report quoted U.S. intelligence officials pointing the finger specifically at Putin, White House press secretary Josh Earnest pointed to an October assessment of the U.S. intelligence community saying that “only Russia’s senior-most officials could have authorized these activities.”

The explosive accusation paints the leader of perhaps the nation’s greatest geopolitical foe as having directly undermined U.S. democracy. No U.S. officials have claimed, however, that Trump would have been defeated by Hillary Clinton on Nov. 8 if not for Russia’s assistance. Nor has there has been any indication of tampering with the vote-counting.

The Kremlin flatly rejected the claim of Putin’s involvement, with Putin spokesman Dmitry Peskov on Thursday dismissing it as “laughable nonsense.”

The White House on Thursday also was harshly critical of Trump, who has dismissed the allegations of Russian interference as the partisan anger of Democrats over losing the election. Trump’s criticism has opened up a deep rift between the intelligence community and its incoming commander-in-chief.

It is “obvious” that Trump knew of Russia’s behavior during the campaign, Earnest said, also disputing Trump’s claim that he was joking when he encouraged Russia to find emails that Clinton had deleted from her private email server.

No one in the White House, Congress, or the intelligence community found it “funny” that a U.S. adversary was trying to “destabilize our democracy,” he said.

U.S. intelligence officials have linked the hacking to Russia’s intelligence agency and its military intelligence division. Moscow has denied all accusations that it orchestrated the hacking of email accounts of Democratic Party officials and Clinton’s campaign chief, John Podesta, and then leaked them to the anti-secrecy website WikiLeaks.

Democrats pounced on the latest suggestions of Putin being connected to the daily drip of emails during the presidential race from some of Clinton’s closest advisers.

“Having been the former head of the KGB, does that surprise you?” Reid said. “And does it surprise anybody today when he denied it?”

On Wednesday, Sen. Dianne Feinstein of California, the senior Democrat on the Senate Intelligence Committee, said it is hard to think that Putin didn’t know about the operation. She called suggestions that he was aware of the hacking “very credible.”

There has been no specific, persuasive evidence shared publicly about the extent of Putin’s role or knowledge of the hackings. That lack of proof undercuts Democrats’ strategy to portray Putin’s involvement as irrefutable evidence of a directed Russian government plot to undermine America’s democratic system.

But Democrats theorize that no such wide-scale espionage operation could have been launched without Putin’s approval.

The NBC report said that the evidence is “nearly incontrovertible,” and that the intelligence comes from “diplomatic sources and spies working for U.S. allies.” It didn’t identify the countries involved or how they might have such sensitive information from Putin’s inner sanctum.