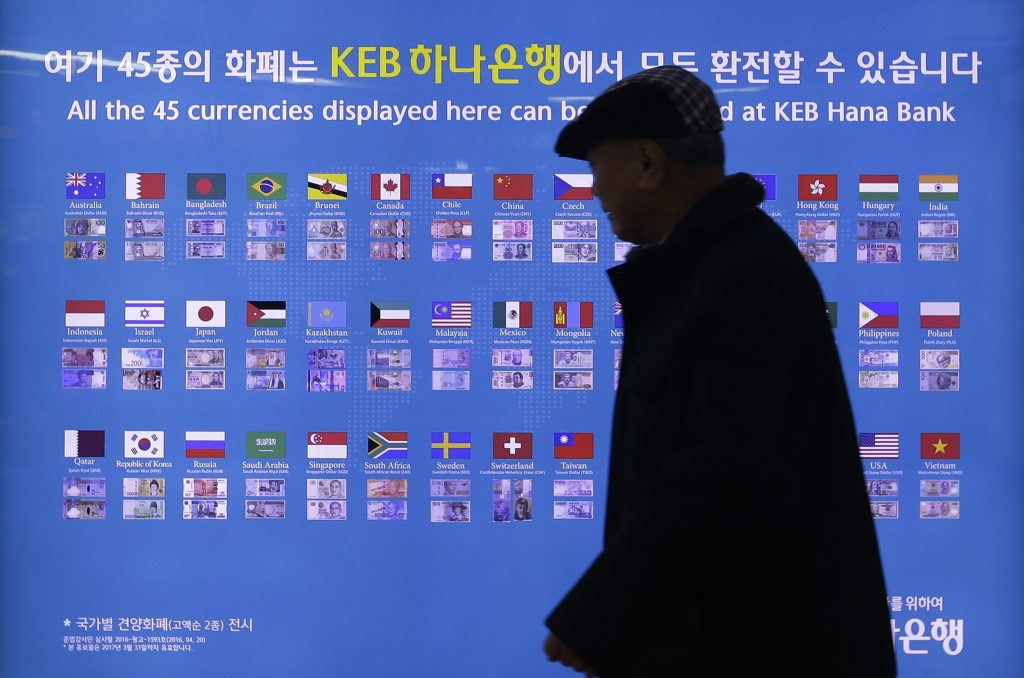 Shares bounced in and out of negative territory in Asia on Thursday after the Federal Reserve raised interest rates overnight. The quarter percentage point rate increase, the second in a decade, was widely expected, although investors were surprised to see the Fed project three more increases for 2017.

The hike took the Fed’s key short-term rate to a range of 0.50 percent to 0.75 percent. Investors reacted to the Fed’s announcement Wednesday by selling stocks that would be most hurt by higher interest rates, which raise the cost of borrowing and can slow corporate profits and economic growth. The Fed also raised its forecast for rate hikes in 2017 to three from two.

The Hong Kong Monetary Authority, the city’s de facto central bank, immediately took the Fed’s lead and raised its overnight “discount window” lending rate by a quarter point to 1 percent. Because the Hong Kong’s dollar is pegged to the U.S. dollar, policymakers in the Chinese financial center have no choice but to follow what the Fed does. The HKMA’s chief executive, Norman Chan, said local currency interest rates will continue to track movements in the U.S. and “the rising trend is expected to continue to be affected by the scale of outflows from the Hong Kong dollar, international developments and other factors.”

The rate hike caused the dollar’s value to surge overnight by more than 1 percent against other currencies, but by mid-morning Thursday in Asia, the dollar had fallen back to 117.45 yen from its previous session close of 117.74 yen. The euro was at $1.0513, up from $1.0471.

“We will have to watch the price action over the next few days, to see if this was a knee-jerk reaction, or the start of another leg of concerted U.S. dollar strength,” Jeffrey Halley, senior market analyst at OANDA, said in a commentary.

Benchmark U.S. crude fell 6 cents to $50.98 a barrel in electronic trading on the New York Mercantile Exchange. It dropped $1.94 a barrel on Wednesday. Brent crude, the international standard, gained 5 cents to $53.95 a barrel in London.

The yield on the 10-year Treasury note touched its highest level in more than two years and sat at 2.57 percent late Wednesday, up sharply from 2.47 percent a day earlier. Bond yields have been in an upward trend for the last month, and the yield on the two-year Treasury reached its highest level since the summer of 2009. It was trading at 1.27 percent late Wednesday, up from 1.17 percent.