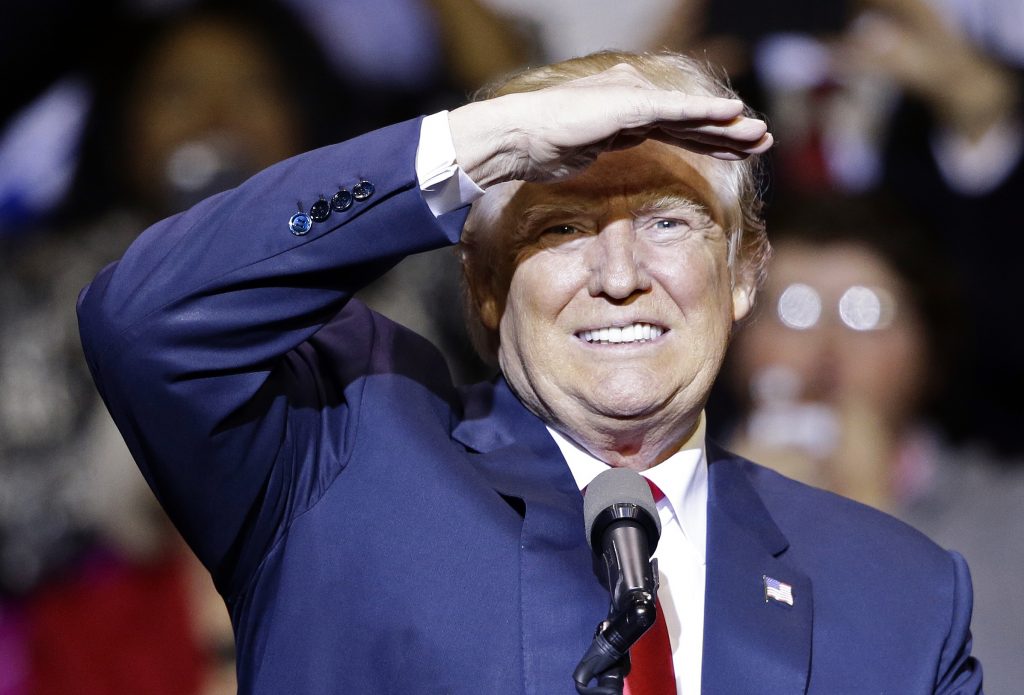 Now Person of the Year as well as president-elect, Donald Trump said Wednesday he expects to select his secretary of state next week and former rival Mitt Romney still has a chance to win the post.

Romney, the 2012 presidential nominee, was blisteringly critical of Trump on foreign policy and other issues during the businessman’s campaign against Democrat Hillary Clinton. So Trump’s consideration of him – and Romney’s inclusion on the short list for one of the Cabinet’s most prestigious positions – has been a surprise.

Trump has put Romney through a very public audition process – and allowed aides to take the unusual step of denouncing him in interviews. Over the weekend, Vice President-elect Mike Pence said Trump was widening his search for his top diplomatic representative to the world, and a top transition official told The Associated Press that longtime Romney rival Jon Huntsman was now also in the running.

In another development, the president-elect, appearing at a Manhattan transition fundraiser Wednesday, announced that he had selected Iowa Gov. Terry Branstad as the new U.S. ambassador to China. Trump and Branstad are expected to appear together in Iowa on Thursday, according to transition officials.

Meanwhile, Trump was named Time magazine’s Person of the Year, a choice the magazine’s managing editor said was “straightforward”, given that Trump had upended politics-as-usual during the course of his extraordinary race for the White House.

That phenomenon is not over. In one example, Trump drew the ire of China and others last week by taking a phone call from the leader of Taiwan. The New York Times reported on Wednesday that 1996 Republican presidential candidate Bob Dole, now a lobbyist, coordinated that call. The title, Trump said, is “a great honor. It means a lot.”

In a separate interview with Time, Trump said he will “work something out” to help immigrants who were brought to the United States illegally as children and granted work visas by President Barack Obama.

Trump’s tough comments on immigrants during the campaign have led to fears among immigrant advocates that he would end Obama’s Deferred Action for Childhood Arrivals program. Hundreds of thousands of young immigrants have gained work visas and temporary protection from deportation under the 2012 program.

Trump offered no details in the Time interview, but talked much more sympathetically than he had during the campaign. He said “We’re going to work something out that’s going to make people happy and proud.”

As for Romney, Trump denied he was stringing Romney along to make him pay for saying that Trump was unfit to serve.

“No, it’s not about revenge. It’s about what’s good for the country, and I’m able to put this stuff behind us – and I hit him very hard also,” Trump said in the telephone interview on NBC.

Those close to the selection process have said that Trump has begun moving away from both Romney and another former front-runner for the post, former New York City Mayor Rudy Giuliani. Senate Foreign Relations Chairman Bob Corker and former CIA Director David Petraeus had also been previously identified by transition aides as part of the final four.

In the wide-ranging NBC interview, Trump said he picked a fight with Boeing this week over the cost of new presidential planes because “we’re going to get the prices down, and if we don’t get the prices down we’re not going to order ’em.” He said Boeing would benefit from his administration’s tax cuts and reductions in regulations.

The federal government has agreed that Boeing will build two new planes, which would go into service around 2024. That means Trump might never fly on the aircraft, which carry U.S. presidents around the globe.

Trump also confirmed that he had sold stocks back in June, but neither he nor his aides have provided any evidence of the sale.

The night before, Trump told supporters in Fayetteville, North Carolina, that he intends to be a president “for all Americans.”

His victory tour, which is meant to salute supporters in the states that helped propel him to the White House, will continue Thursday in Des Moines, Iowa. He’ll also meet with some of the victims of last week’s car-and-knife attack at Ohio State University. The visit to Columbus, Ohio was revealed by a person familiar with the plans but not authorized to discuss them before they are announced.

The Ohio State attack was carried out by Abdul Razak Ali Artan, 18, a Somali immigrant who was inspired by Islamic State rhetoric. Artan injured 11 people before he was shot dead by police.