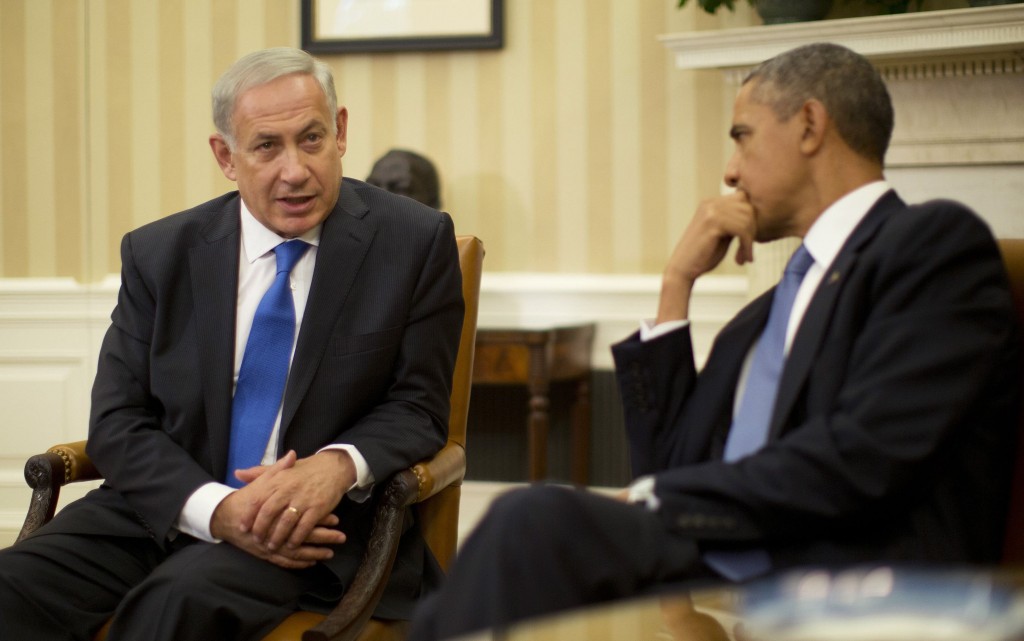 President Barack Obama has nearly ruled out any major last-ditch effort to put pressure on Israel over stalled peace negotiations with the Palestinians, U.S. officials said, indicating Obama will likely avoid one last row with Israel’s government as he leaves office.

Frustrated by the lack of progress, Obama for more than a year had considered giving a major speech describing his vision for a future peace deal or, in a more aggressive step, supporting a U.N. resolution laying out parameters for such a deal. Although the goal would be to impart fresh urgency to the moribund peace process, either step would have been perceived as constraining Israel’s negotiating hand while strengthening the Palestinians’ argument on the world stage.

Discussions about those potential maneuvers, underway before the U.S. election, have fallen off since Donald Trump’s surprise victory, officials said. Obama is now highly unlikely to approve either of those options presented to him by U.S. diplomats, said the officials, who weren’t authorized to discuss internal deliberations and requested anonymity.

Officials left open the possibility that Obama could address the Mideast issue in a more limited way, short of weighing in on the contours of a future peace accord, before leaving office.

The White House and the Israeli Embassy in Washington both declined to comment.

Obama’s reluctance to upset the status quo in his final months in part reflects his desire to protect his legacy of support for Israel. Though he and Israeli Prime Minister Binyamin Netanyahu have disagreed sharply on Israeli settlements and the Iran nuclear deal, Obama recently signed an unprecedented military aid deal worth $38 billion over the next decade.

Anticipating that Democrat Hillary Clinton would win the White House race, the Obama administration had examined ways for Obama to more explicitly detail what he sees as obstacles to a breakthrough — such as continued Israeli building in Yehudah and Shomron. Clinton, who ran on a pledge to strongly support Israel, could have softened the tone upon taking office, potentially enough to lure both parties back to the table.

The Republican Party and many Trump supporters are vehemently opposed to U.N. actions targeting Israel. So any action by Obama would put Trump on the defensive, potentially aggravating him and forcing him to respond publicly.

That could lead Trump to stake out a hard-line stance in opposition to Obama, in turn making it difficult for him to play a neutral arbiter between Israelis and Palestinians in the future. Trump has voiced interest in being the president to finally solve the Mideast conflict and has suggested his son-in-law, Jared Kushner, could be the one to broker a deal.

Netanyahu has said little about Trump’s victory beyond congratulating him — possibly in an attempt to avoid antagonizing Obama while he is still in office. He’s ordered his Cabinet not to comment on the election results and told his ministers not to speak to Trump’s transition team.

For years, the U.S. has officially opposed any attempts by Palestinians to seek recognition for statehood or allow multi-country groups like the U.N. to impose solutions.

“Our view hasn’t changed that we believe that the preferred path for the Palestinians to achieve statehood is through direct negotiations that will lead to a just, lasting and comprehensive peace based on a two-state solution,” State Department spokesman John Kirby said earlier this week.

Yet early last year, Obama began flirting with the possibility that the U.S. could alter that stance by supporting a statehood bid at the U.N., reflecting his dismay about a perceived lack of seriousness by Netanyahu about making peace. Obama was incensed when Netanyahu, during his re-election in 2015, voiced opposition to Palestinian statehood, though the Israeli leader later retracted that statement.

Though Obama and his aides have generally avoided speaking publicly about options being considered, they have conspicuously avoided ruling anything out. Officials maintained that all options remain on the table, unlikely at this point as they may be.

Maintaining ambiguity about what Obama might do could preserve any leverage the president still has over Israel’s government. Removing the threat of U.S. action, on the other hand, could embolden Israeli hard-liners and amplify calls for building in Yehudah and Shomron and even the annexation of parts of the PA-controlled areas.

“If you are heavily signaling that you’re not going to oppose and veto U.N. Security Council resolutions that seek to impose one-sided solutions, the consequence is others will take your measure, and the momentum will build, given the natural attitudes at the U.N.,” Royce said in an interview. Israel’s supporters consider the U.N. to be strongly anti-Israel given its history of approving resolutions condemning Israel.

The House this week passed a non-binding bill sponsored by Royce and his Democratic counterpart urging Obama to continue blocking resolutions that attempt to impose preconditions on a peace deal. The bill passed with support from House GOP leadership and lawmakers of both parties.