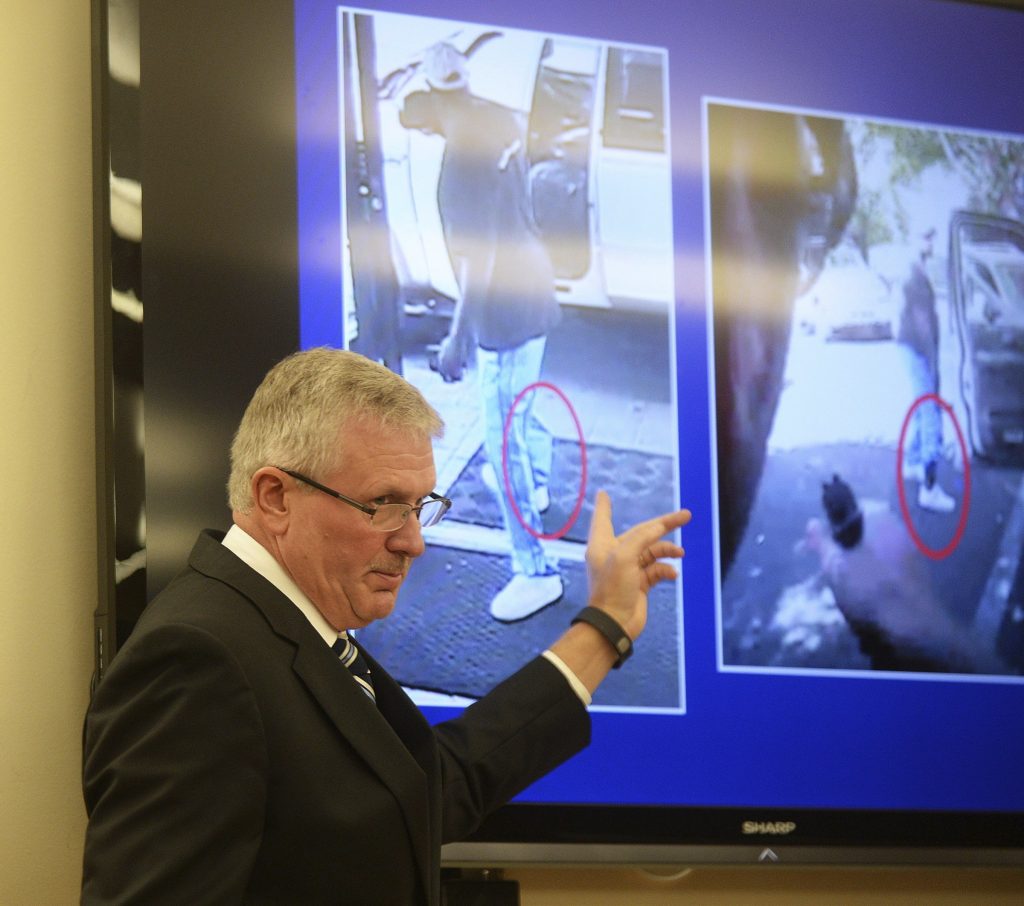 No charges will be brought against Charlotte-Mecklenburg Police officer Brentley Vinson in the September shooting death of a man in University City, District Attorney Andrew Murray announced Wednesday.

Keith Lamont Scott, 43, was shot Sept. 20 in a confrontation with officers outside his apartment.

Murray said that evidence in the case shows that Scott stepped out of his SUV with a gun in his hand and ignored at least 10 commands from the five officers on the scene to drop it.

Murray said that Scott obtained the gun – which had been stolen in Gaston County – 18 days before the confrontation. One bullet was found in the chamber of the gun, the safety was off and Murray said Scott’s DNA was found on the grip and ammunition slide.

Murray said that speculation in the community that Scott was unarmed – initial reports from a family member on social media said he was holding a book – were untrue.

“A reading book was not found in the front or back seats of Mr. Scott’s SUV,” Murray said.

Officer Vinson’s gun was examined after the shooting and four bullets were missing, Murray said. Guns taken from the other officers at the scene had not been fired, he said.

Murray said he ran the evidence in the case past 15 veteran prosecutors in his office and they were unanimous in their recommendation that there was insufficient evidence to charge Vinson in the case.

In the aftermath of Scott’s death, Charlotte was roiled by two nights of rioting and nearly a week of street demonstrations. After street violence, dozens of arrests and the death of one man, Gov. Pat McCrory declared a state of emergency.

CMPD was the original agency investigating Scott’s shooting, but the State Bureau of Investigation took over when his wife, Rakeyia Scott, exercised her right under N.C. law to have the independent agency do the inquiry.

Scott, father of seven, the son of a police detective and a former mall security officer, suffered from traumatic brain injury sustained during a motorcycle crash in South Carolina in November 2015.

Scott was a convicted felon who was sentenced in 2005 to seven years in Texas for aggravated assault with a deadly weapon.