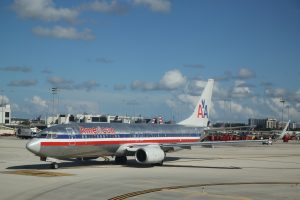 The first regularly scheduled commercial flight in more than 50 years from the United States to Havana has landed.

American Airlines held a small celebration before the flight departed from Miami and gave passengers straw hats that said “Cuba” on the back.

Forty-five-year-old passenger Tamara Cara says the flight’s landing was emotional for many.

U.S. flights to other cities in Cuba began earlier.