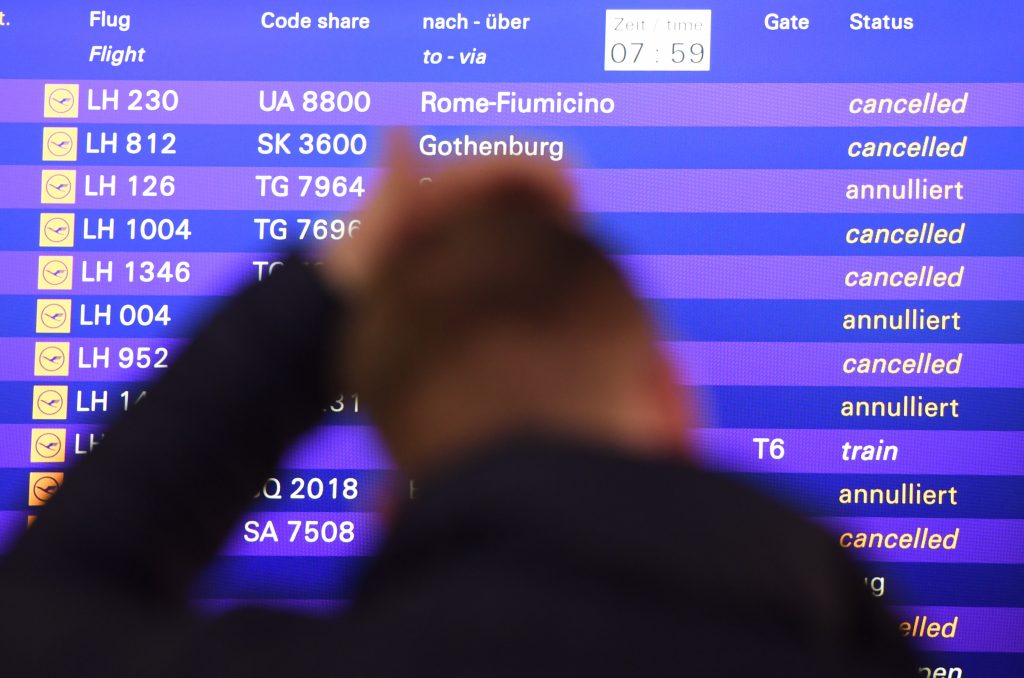 Germany’s Lufthansa says it has canceled 830 short- and medium-haul flights affecting 100,000 passengers after a pilots’ strike entered its third day in a long-running dispute over wages.

The airline, Germany’s largest, said Friday that since the strikes started on Wednesday it has had to cancel 2,618 flights, affecting 315,000 passengers.

The latest strike by Cockpit is the 14th since April 2014.

The union has been announcing the continuation of the strike one day at a time, and has already said that it will extend it through Saturday.

Long-haul flights weren’t affected Friday, but are being targeted Saturday.

Cockpit is seeking retroactive raises of 3.66 percent a year going back 5½ years, a demand Lufthansa says is impossible as it faces increasing competition from Gulf airlines and European budget carriers.