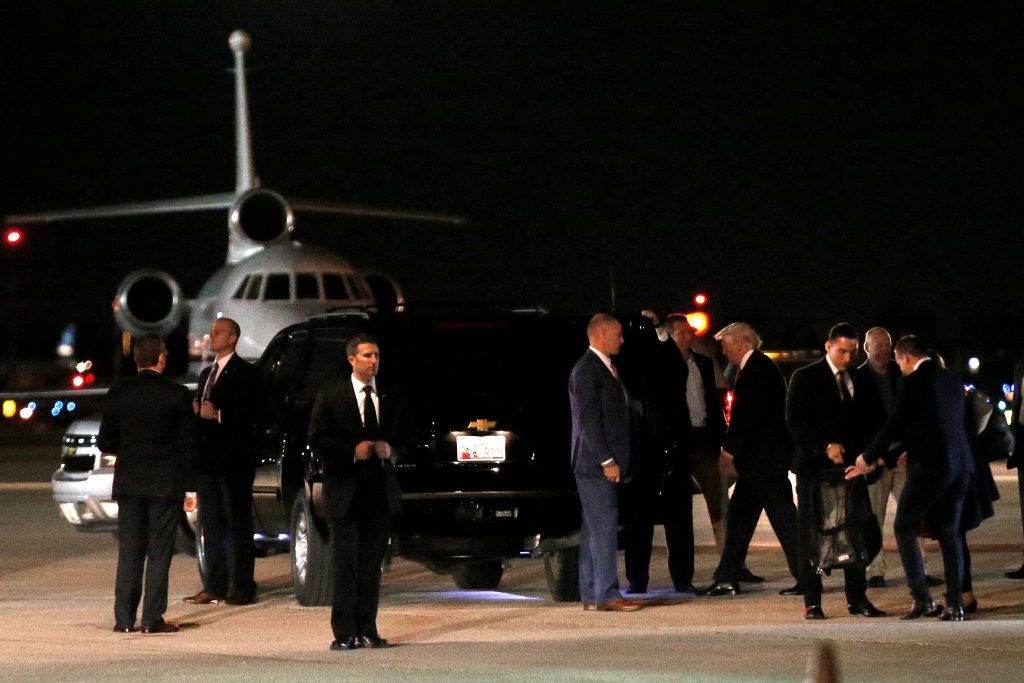 U.S. President-elect Donald Trump said on Thursday he was spending part of his Thanksgiving holiday trying to persuade an Indiana air conditioner maker to keep production in the United States — reflecting his campaign pledge to stop the flow of jobs abroad.

Trump, who is also weighing decisions on his Cabinet during a family retreat at his Mar-a-Lago golf resort in Florida, said on Twitter he was “working hard, even on Thanksgiving, trying to get& Carrier& A.C. Company to stay in the U.S. (Indiana). MAKING PROGRESS — Will know soon!”

Carrier& Corp, a division of United Technologies Corp, responded on Twitter that the company has had “discussions with the incoming administration” but had “nothing to announce at this time.” A representative for the company had no additional comment.

Earlier this year, the company said it would move 1,400 jobs to Mexico from Indiana, giving a three-year timetable for the shift.

The state’s Republican governor, Mike Pence — later picked by Trump as his vice-presidential running mate — decried the decision, and spoke out against it often on the campaign trail.

Trump made& Carrier’s decision part of his rallying cry against trade deals that he said were unfavorable to American workers. He said he would slap taxes on the company’s air conditioners shipped back to the United States.

Trump also railed against Ford Motor Co during the campaign, and took a victory lap on Twitter last week after the company informed him it would not shift production of a Lincoln sport utility vehicle to Mexico from Kentucky.

“I worked hard with Bill Ford to keep the Lincoln& plant& in Kentucky,” Trump tweeted, referring to Ford’s executive chairman.

Trump, who takes office on Jan. 20, has been interviewing candidates for his Cabinet and other top White House positions. He and Pence have held more than 60 such meetings since the election.

Trump announced two picks on Wednesday for his Cabinet — South Carolina Governor Nikki Haley as U.S. ambassador to the United Nations, and school choice advocate Betsy DeVos to lead the Education Department. Both are subject to Senate confirmation.

Major choices for the Pentagon, State Department and Treasury are still to come. A spokesman said no announcements were expected on Thursday.

Trump’s State Department deliberations have spurred debate within his inner circle — particularly his consideration of Mitt Romney, the former Massachusetts governor and businessman who ran against Democratic President Barack Obama in the 2012 election.

Kellyanne Conway, Trump’s senior adviser, said on Thursday she was on the receiving end of a “deluge of social media & private comms” about the Romney option, noting being “loyal” was a positive attribute for the job.

Trump and Pence were “spending significant time” on the secretary of state pick, spokesman Jason Miller told reporters on Wednesday.