Regional Felder to Caucus With the GOP, Handing Republicans Control of Senate
Regional 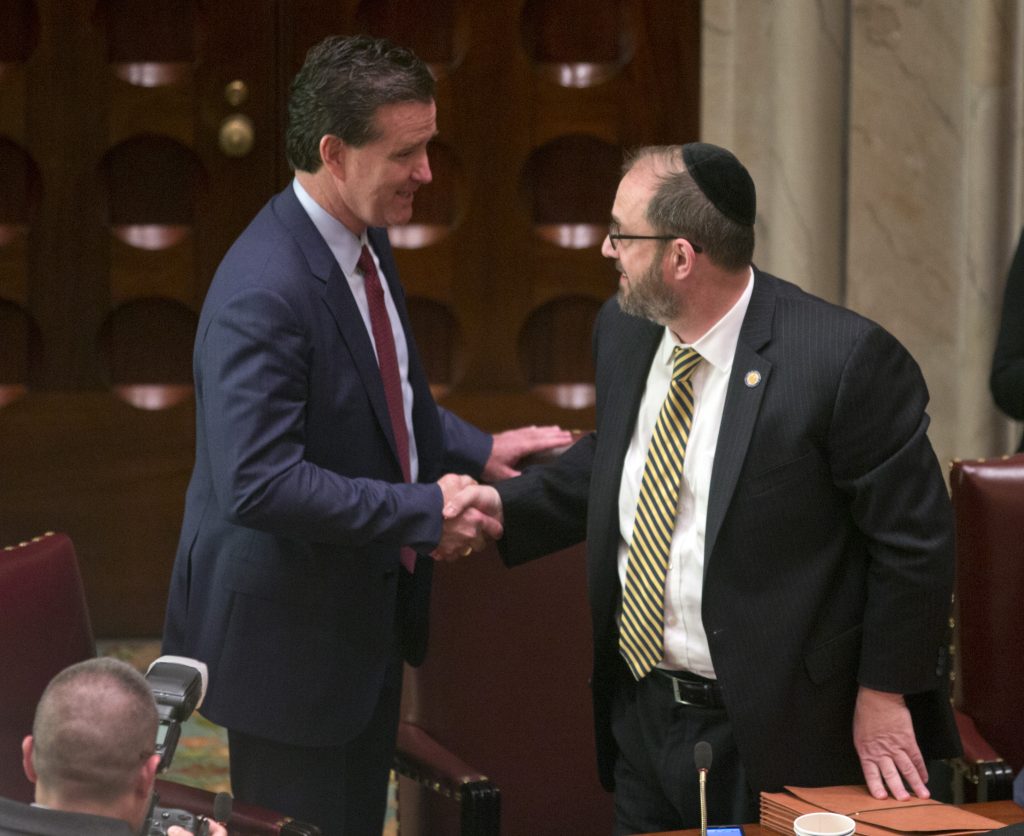 Democrat Simcha Felder will again caucus with the Republicans for the next term, handing the GOP their majority to control New York’s upper chamber of legislative government.

The Brooklyn Democrat, who has caucused with Republicans since his election four years ago, played kingmaker this year. The Senate, which has 31 Democrats and 30 Republicans — with two races still undecided — has been the sole bastion of GOP rule since World War II, aside for two brief periods in 1965 and 2009.

Felder’s support, announced Monday, keeps it that way. It also assures that the seven-member Independent Democratic Conference will continue their alliance with the GOP.

Senate GOP spokesman Scott Reif called Felder “an important member of our conference and we have great respect for him both as a person and a public servant.”