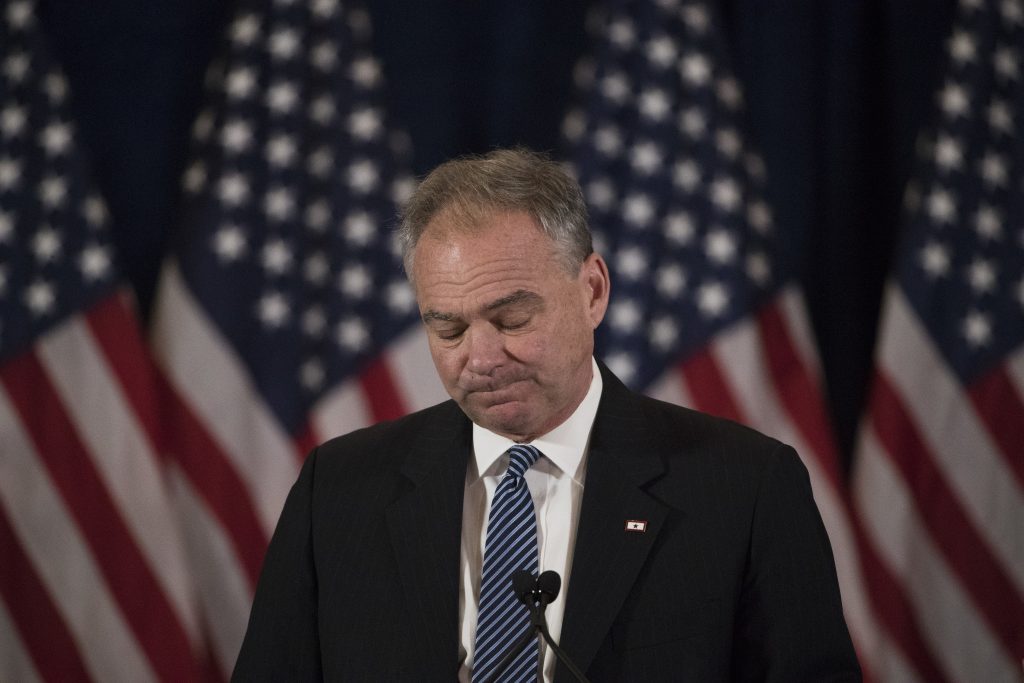 Virginia Sen. Tim Kaine says he’ll seek re-election in 2018 but is ruling out a presidential bid in 2020.

The former Democratic vice presidential nominee said in an interview with The Associated Press on Thursday that his place is in the Senate and his decision not to run in 2020 is final.

The first-term senator and former governor said he belongs in the upper chamber, where he will be part of a Democratic minority whose ability to filibuster will be “the only emergency brake there is” on Trump and the GOP-controlled Congress.

Kaine has already been a vocal critic of Trump’s appointment of Steve Bannon as a senior advisor. Kaine said Bannon’s ties to white nationalism and anti-Semitism disqualify him from a senior role in the White House.

Kaine said he would continue to guard against the “normalization” by Trump of what Kaine said were un-American values, but he added that he’s keeping an open mind about the billionaire businessman’s presidency.

“I have a lot of concerns, but I don’t think it’s fair to the administration to just assume everything that was said during the campaign will be done,” Kaine said, noting that Trump had already shown some post-Election Day flexibility on certain issues.

Kaine said there were some issues Democrats could work with Trump on, including increased infrastructure spending and raising the tax rate on carried interest, which is often used by managers for private-equity firms and hedge funds to reduce tax payments.

Kaine said he plans to use his higher national profile to continue to advocate for issues he’s long cared about, notably on increasing Congress’s role in war-making powers.