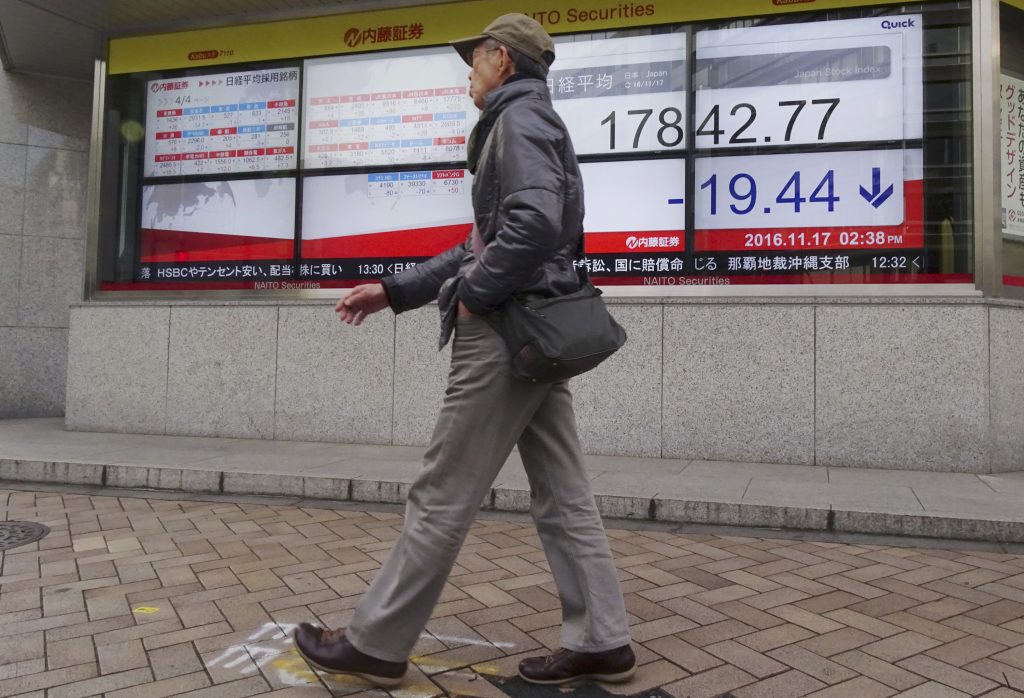 Asian stock markets were mixed Thursday as a seven-day rally on Wall Street petered out overnight. The U.S. dollar retreated slightly after hitting a 13-year high and oil prices slipped.

“It is very difficult to differentiate what is campaign and what is rhetoric. There is a lot of uncertainty over what policies will actually be put in place in the first 100 days of his presidency,” Furber said. “That is why the rally in the U.S. has started to fade last night.”

Benchmark U.S. crude extended losses, easing 11 cents to $45.46 a barrel in electronic trading on the New York Mercantile Exchange. The contract closed down 24 cents to $45.57 a barrel on Wednesday. Brent crude, which is used to price international oils, fell 9 cents to $46.54 a barrel in London.

U.S. stocks ended barely lower Wednesday as banks return some of the huge gains made since the presidential election last week, but technology and consumer stocks climbed. The Dow Jones industrial average dipped 0.3 percent to 18,868.14. The Standard & Poor’s 500 index lost 0.2 percent to 2,176.94 but the Nasdaq composite added 0.4 percent to 5,294.58.