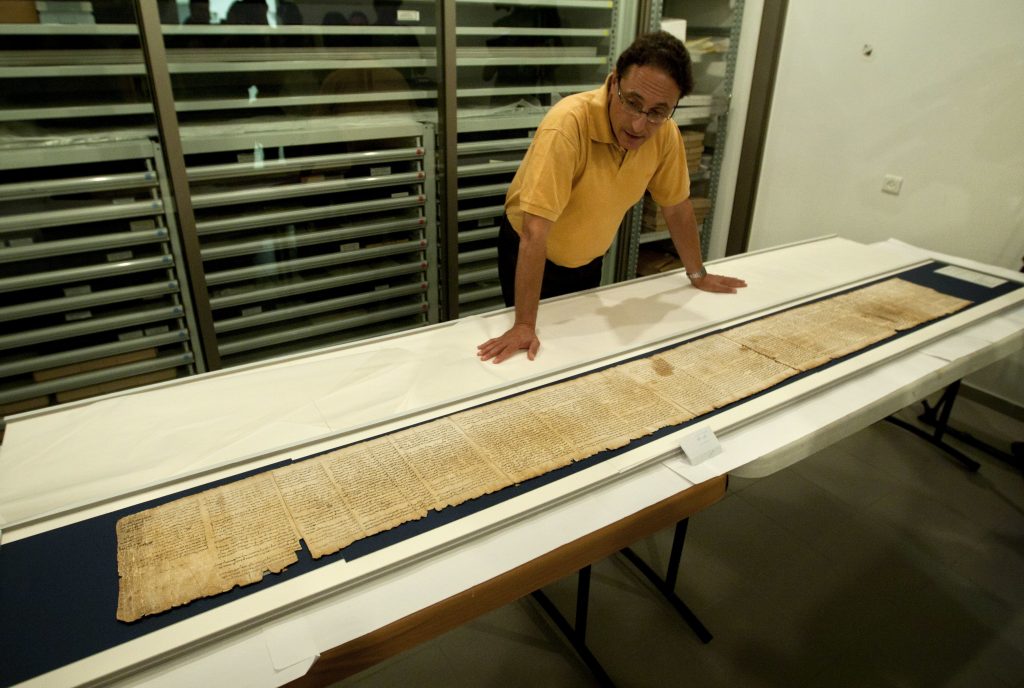 Amir Ganor of the Antiquities Authority said a government research team will spend the next three years surveying hundreds of caves in the Judean Desert near the Dead Sea, the arid region where the Dead Sea Scrolls, the world’s oldest biblical manuscripts, were preserved for thousands of years and discovered in 1947.

In a move that is bound to stir controversy, the researchers may also excavate Dead Sea-area caves in Yehudah and Shomron, Ganor said.

Ganor discussed details of the project with The Associated Press ahead of an official announcement.

The expedition will begin in December and will be funded by the Israeli prime minister’s office, Ganor said. A spokesman for Prime Minister Binyamin Netanyahu did not immediately respond to a request for comment.

The upcoming expedition will be the first large-scale archaeological survey of the area since Operation Scroll, an effort in 1993 to find any remaining Dead Sea Scrolls hidden in an area before Israel transferred partial control of it to the Palestinian Authority.

No scrolls were found in that undertaking.

Last summer, Israel carried out a three-week excavation of the so-called Cave of the Skulls in the Judean Desert, after catching a group of six Palestinian men digging illegally at the site in 2014. The Palestinians were believed to be digging for more Dead Sea Scrolls.

In recent years, ancient manuscripts have trickled onto the local antiquities market, and looters are believed to have plundered them from Dead Sea-area caves, prompting the government initiative.

“We know there are more,” Ganor said, speaking of undiscovered Dead Sea Scrolls. “Most of the places haven’t been reached.”