Politics Comey Advised Against Denunciation of Russia for Hacks
Politics 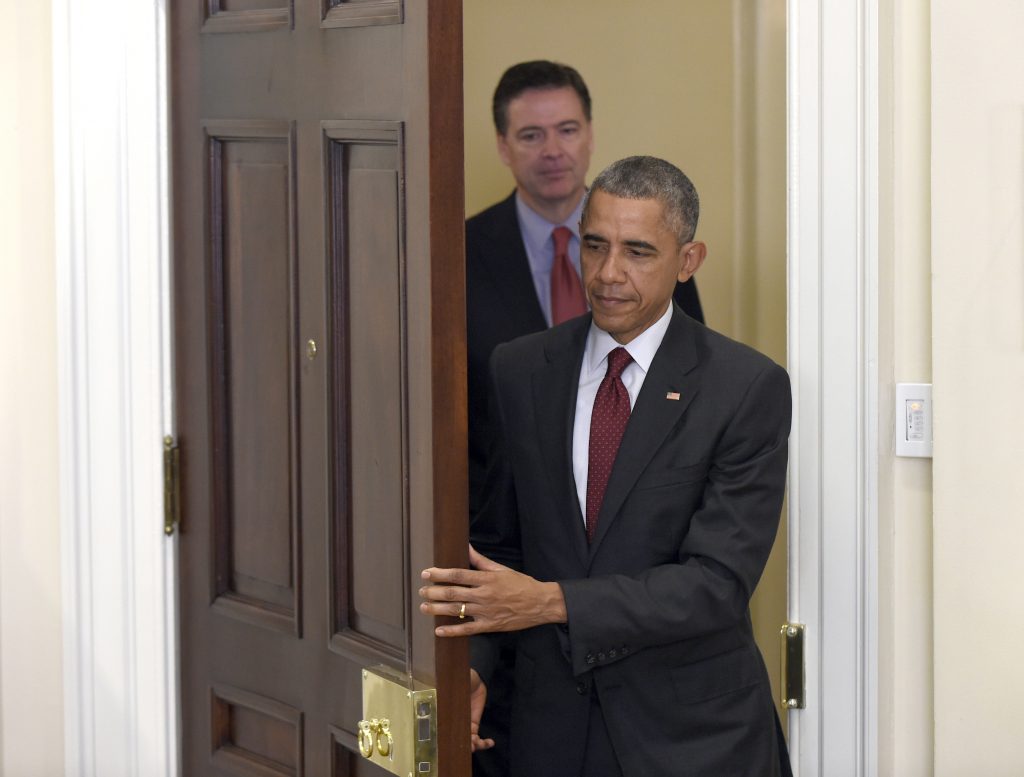 FBI Director James Comey advised against President Barack Obama’s administration publicly accusing Russia of hacking political organizations on the grounds that it would make the administration appear unduly partisan too close to the Nov. 8 election, according to officials familiar with the deliberations.

But he supported the administration’s formal denunciation last month as long as it did not have the FBI’s name on it, they said. Comey was sensitive not only to his agency appearing to influence the election but also to seeming biased while it was conducting an investigation into Russian meddling in the 2016 election, said the officials, who spoke on the condition of anonymity to describe internal discussions.

At the same time, the bureau works with Russian services on a variety of terrorism and criminal matters.

Nonetheless, Comey’s concern about election timing has some officials scratching their heads in light of his decision last week to notify Congress – 11 days before the election – that the FBI was planning to review newly discovered emails in the investigation of Hillary Clinton’s email server.

That notification set off an uproar in both parties, as lawmakers demanded to know what was in the emails and whether there was any indication of criminal wrongdoing.

“It’s really hard to square” the two, said one official, who like several others spoke on the condition of anonymity to talk about internal discussions.

Comey’s reluctance to have the FBI linked to the public attribution was first reported by CNBC.

Other officials familiar with Comey’s thinking say that there is no contradiction in his actions. In the case of the newly discovered Clinton emails, the official said, he was well aware of the approaching election. But he determined it was more important to inform Congress of the development, given that he had testified that the investigation was completed and that he nonetheless would look at “any new and substantial information.”

In the debate over publicly naming Russia, the FBI has investigative interests to protect, officials said. At the same time, other officials said, the aim of public attribution was to stop Russia from undermining confidence in the integrity of the election.

On Friday, Oct. 7, the Office of the Director of National Intelligence (ODNI) and the Department of Homeland Security issued a joint statement, formally blaming Moscow for attempting to interfere in the election, including hacking the computers of political organizations.

Although the statement did not name victims, it was clearly alluding to the breaches of the Democratic National Committee and other Democratic organizations, and the subsequent leaking of embarrassing emails of Democratic officials on sites such as WikiLeaks.

“We believe, based on the scope and sensitivity of these efforts, that only Russia’s senior-most officials could have authorized these activities,” the statement said.

The news of the DNC hack broke in June, with cybersecurity experts who responded to the breach concluding it was the work of Russian government hackers. FBI investigators at the time privately said that was their conclusion, too. A series of other breaches soon came to light, including of the Democratic Congressional Campaign Committee, which the FBI privately said were carried out by the Russians.

But the White House, Justice Department, State Department and other agencies debated for months whether to officially blame Moscow.

Comey’s instincts were to go with the public attribution even as late as August, said one participant in the debate. But as the weeks went by and the election drew nearer, “he thought it was too close,” the official said.

When, by early October, the decision was made, the talk shifted to who would make the announcement. In December 2014, it was the FBI that publicly pointed the finger at North Korea for hacking Sony Pictures Entertainment and damaging its computers. That was because the attribution to Pyongyang was based on an FBI investigation, said a senior administration official. In the Russian case, the attribution was based on a fusion of intelligence from intelligence agencies, the bureau and private-sector cyber experts, the official said. “So it made sense that the people who were responsible for integrating all of that information” – the ODNI – should be part of the announcement, he said.

DHS joined the attribution because it is the agency responsible for working with state and local governments in protecting election systems.

The announcement did not mention the White House, which also had been very concerned about appearing to influence the election.