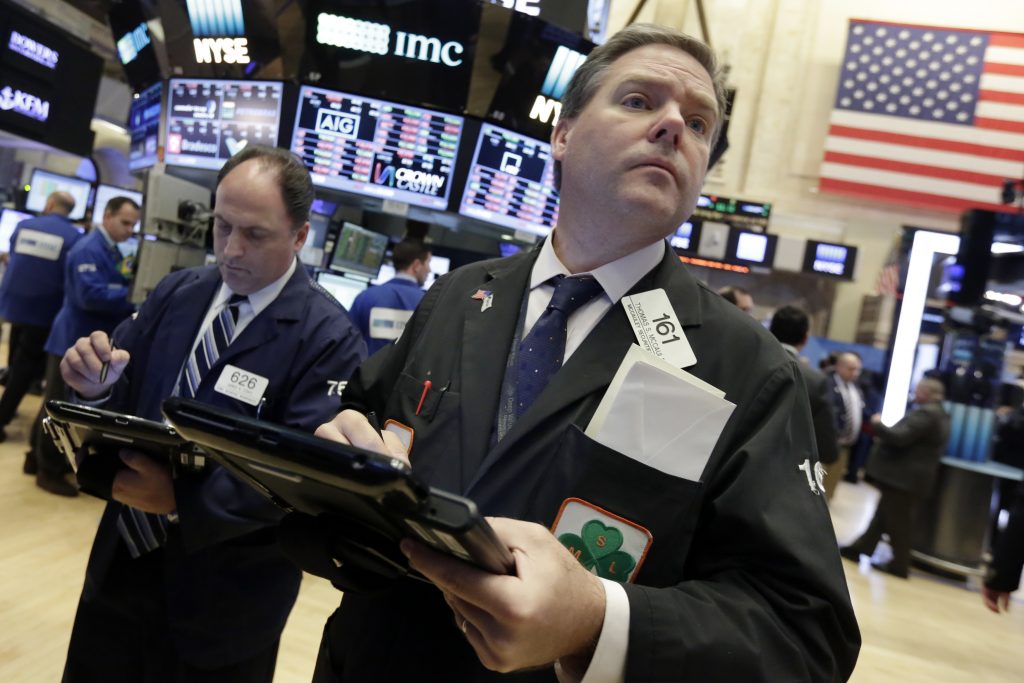 U.S. stocks extended losses in afternoon trading on Wednesday, with the S&P 500 headed for a seventh day of losses as a tightening race for the White House rattled investors and a fall in oil prices also weighed in.

The last time the benchmark index posted a seven-day losing streak was in Nov. 2011.

Investors are rethinking their long-held bets of a Nov. 8 victory for Democrat Hillary Clinton amid signs that her Republican rival Donald Trump could be closing the gap.

While Clinton held a 5 percentage point lead over Trump, according to a Reuters/Ipsos opinion poll released on Monday, some other polls showed her Republican rival ahead by 1-2 percentage points.

“The main driver for today is concerns regarding the election. It looked like Clinton was going to win and now that Trump is gaining momentum, it’s making people nervous,” said Neil Massa, senior equity trader at Manulife Asset Management in Boston.

“The market doesn’t like uncertainty and just wants to know one way or another. The fall in crude oil isn’t helping matters either.”

The CBOE Volatility Index, a gauge of near-term investor anxiety, was up about 4 percent. It had hit an almost two-month high on Tuesday.

Gold was hovering near a one-month high, suggesting investor anxiety over the election.

The selloff in equities comes as the Fed holds its two-day policy meeting, with a statement due at 2 p.m. ET (1800 GMT).

While traders do not expect the central bank to raise interest rates just a week before the election, they are looking for clues that the Fed is set to hike rates in December.

Traders are pricing in a 73.6 percent chance of a December hike, according to CME Group’s FedWatch tool.

Ten of the 11 major S&P sectors were lower, with the energy index falling 1.15 percent.

Chevron fell 1.2 percent and weighed the most on the Dow.

The rate-sensitive utilities index was down 1.32 percent and led the decliners.