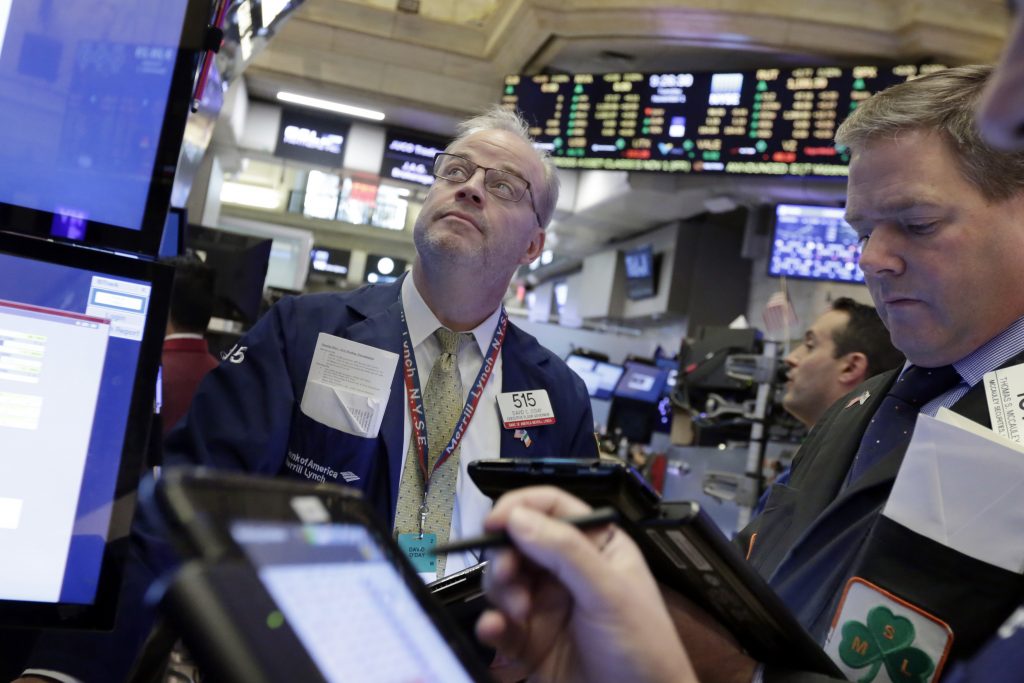 Stocks were moderately lower on Tuesday as nervous investors continued to monitor the run-up to the 2016 election and wait for news from the Federal Reserve, which concludes a two-day policy meeting on Wednesday.

U.S. IN FOCUS: Increasingly, investors’ focus has been the presidential election, as polls between Hillary Clinton and Donald Trump appear to have tightened following last week’s news that the FBI had opened a new investigation into Clinton’s private email server. The narrowing in the race has introduced a new element of uncertainty into financial markets, something that analysts say is likely to keep trading in check.

There were signs of nervousness in the market. Gold prices rose more 1 percent and the Mexican peso, which has become a proxy for Trump’s chances to win, has been falling steadily against the U.S. dollar since Friday. The peso is down 1.2 percent against the dollar, a significant move in currency trading.

“While Hillary Clinton is still expected to win the final vote, email concerns notwithstanding, next week’s outcome could well be too close for comfort,” said Michael Hewson, chief markets analyst at CMC Markets.

STOP THE PRESSES: Shares of newspaper company Tronc, which publishes the Los Angeles Times and the Chicago Tribune, plunged $2.38, or 20 percent, to $9.65 after Gannett said it would stop its bid to buy the company. Gannett rose 12 cents, or 1.5 percent, to $7.88.

MADE IN AMERICA: U.S. manufacturing grew last month at the fastest pace since July, a sign that American factories are coping with economic weakness overseas and a strong dollar. The Institute for Supply Management says its manufacturing index came in at 51.9 up from 51.5 in August. Anything above 50 signals growth. Production and export orders grew faster in October.

FED WATCH: The Federal Reserve started its two-day meeting on Tuesday, where it is widely expected the nation’s central bank will keep interest rates stable.

DELICIOUS: The spin-off of Yum Brands’ operations in China jumped $1.47, or 6 percent, to $25.70 on its first day of trading. Yum’s flagship brand, KFC, has been a success story in China for decades and is by far the largest fast-food franchise in the country. Yum had been pressured by activist shareholders to spin off its China operations.