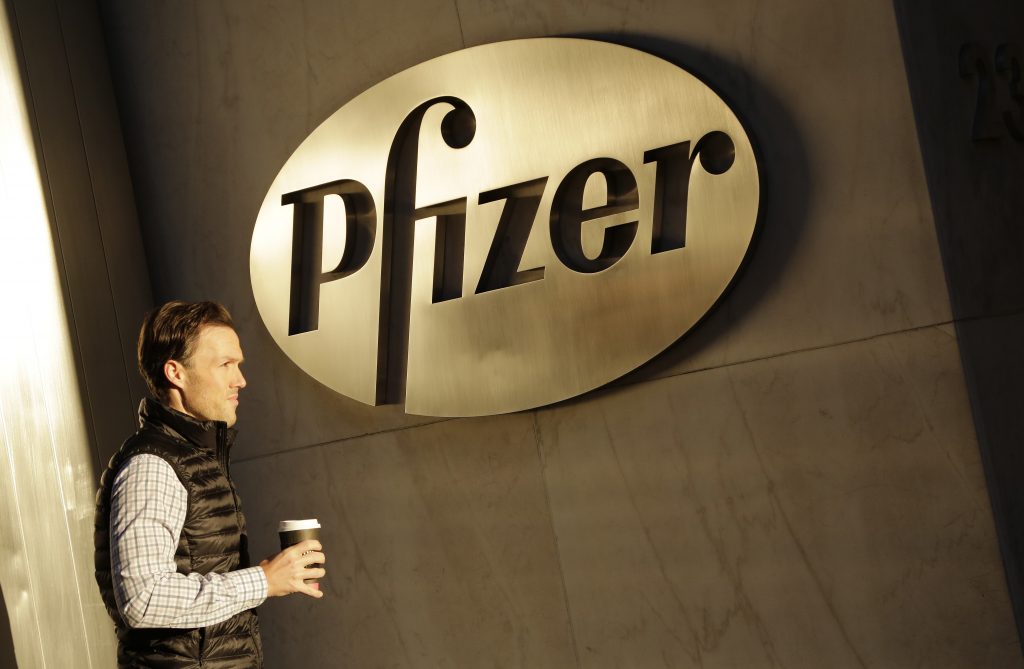 Drugmaker Pfizer’s third-quarter profit plunged 38 percent as higher spending and a slew of acquisition-related charges more than offset higher sales, sending its shares down before the stock market opened.

The mediocre results missed Wall Street expectations, Pfizer lowered the top end of its 2016 profit forecast and it said it was scrapping development of a closely watched experimental cholesterol drug, partly due to reduced sales expectations.

Coming after Pfizer Inc.’s Sept. 26 announcement that it won’t split into two companies to accelerate growth — a move some investors and analysts had hoped would boost Pfizer’s lagging stock — Tuesday’s disappointed investors.

“Some investors feel the company has careened from strategy to strategy over the past few years,” said Erik Gordon, a professor and pharmaceuticals analyst at University of Michigan’s Ross School of Business.

He said that included failed attempts at two mega-acquisitions — first of Britain’s AstraZeneca Plc in 2014 and this year of Ireland’s Allergan Plc — meant to slash Pfizer’s taxes, plus deals including this year’s purchase of cancer drugmaker Medivation and then abandoning its long-expected split into two companies.

Pfizer “has built shareholder value more on its wheeling and dealing” than on developing new medicines, Gordon added.

The biggest U.S.-based drugmaker said it discontinued bococizumab due to unimpressive results of late-stage testing and limited commercial prospects, an ominous sign as payers squeeze pharmaceutical companies amid public fury over soaring drug prices. Bococizumab is part of a new class of cholesterol medicines, PCSK-9 inhibitors, costing about $14,000 per year. Insurers are aggressively limiting patient access in favor of cheap generic cholesterol pills such as Pfizer’s former blockbuster Lipitor.

Sanford Bernstein analyst Dr. Tim Anderson wrote to investors that expectations for bococizumab were for sales of around $650 million by 2020, short of the $1 billion-a-year threshold for a blockbuster. But he noted scrapping the drug “was unexpected, and unusual given the late-stage of development of the product. It further narrows (Pfizer’s) already-thin pipeline.”

Excluding $2.4 billion worth of charges for acquisitions and restructuring, adjusted earnings came to 61 cents per share, a penny less than analysts expected.

CEO Ian Read said in a statement that Pfizer anticipates the essential health business “will be able to transition to a modest revenue growth business” due to its strength in emerging markets such as China, Hospira’s products, and the biosimilar drugs (near-copies of expensive biologic drugs “manufactured” in cells) Pfizer is developing. The first, a near-copy of blockbuster immune disorder drug Remicade, called Inflectra, will launch late in November.

New York-based Pfizer’s spending soared, partly due to acquisitions. Production costs jumped 39 percent, and spending on research and on marketing and administration both increased 9 percent.