National In a First in 25 Years, U.S. Abstains in U.N. Vote Condemning Its Cuba Policy
National 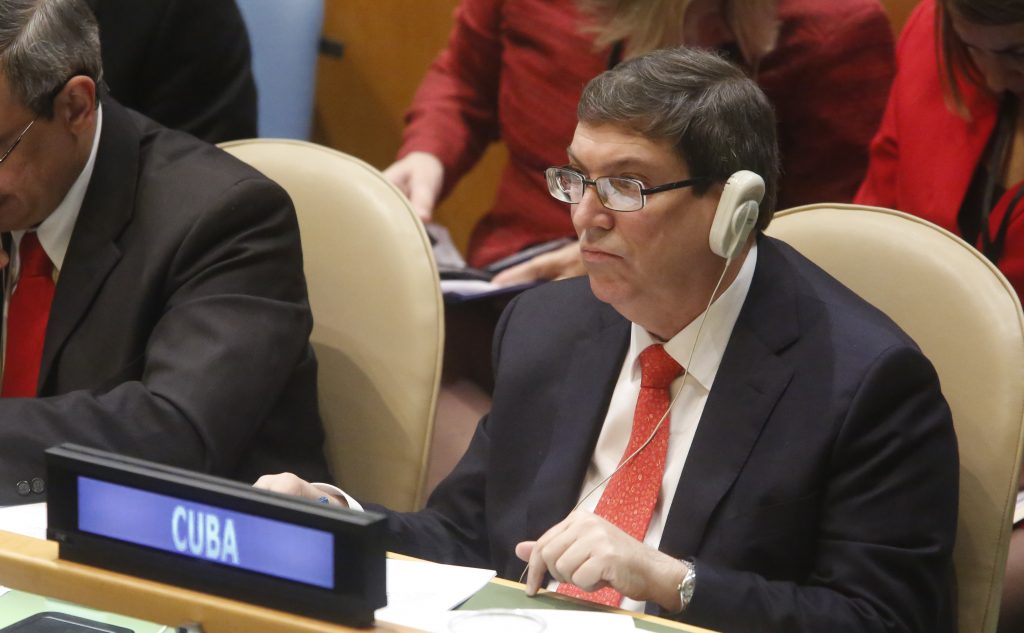 For the first time in a quarter-century, the United States abstained Wednesday in the annual United Nations vote condemning the U.S. trade embargo against Cuba.

Samantha Power, the U.S. ambassador to the United Nations, said that the embargo was fully within international law but that it was “a perfect example of why the U.S. policy of isolation toward Cuba was not working.” She said that “instead of isolating Cuba . . . our policy isolated the United States, including here at the United Nations.”

Each year, the U.N. General Assembly votes overwhelmingly to urge the United States to end its economic embargo of the island. In 2015, the vote was 191 to two, with only Israel joining in a vote against the measure. Israel joined the United States in abstaining this year, making the final vote 191 in favor, with no votes in opposition.

Last year, after its reestablishment of U.S. diplomatic relations with Cuba, the Obama administration said it was prepared, for the first time, to abstain in the vote, provided Cuba agreed to minor changes to soften the harsh wording of the resolution. The administration argued that President Obama had used his executive authority to chip away at many of the restrictions but that only Congress could fully repeal the embargo, first adopted in 1962 and strengthened in 1992 and 1996.

Cuba refused, saying that as long as the embargo remained U.S. law, there was no point in softening the wording of condemnation.

In her speech to the General Assembly announcing the abstention, Power said it “does not mean that the United States agrees with all of the policies and practices of the Cuban government. We do not.” At the same time, she acknowledged, “as our Cuban counterparts often point out, the United States has work to do in fulfilling these rights for our own citizens.”

But the United States and Cuba, she said, “must continue to find ways to engage, even as our differences persist. Today, we have taken another small step to be able to do that. May there be many more – including, we hope, finally ending the U.S. embargo.”

Obama has repeatedly called on lawmakers to lift the sanctions. But while a number of bills have been introduced to do that, and public opinion polls indicate that the American public favors removal of the embargo, Congress has not acted. Some members have objected that despite increasing normalization of U.S.-Cuba relations, the island’s government continues to violate the human rights of its citizens with political arrests and other restrictions.

Cuban Foreign Minister Bruno Rodríguez, attending the U.N. session, joined widespread applause for Power’s remarks. But in his own address to the General Assembly, he said that despite the steps Obama has taken, “most of the executive regulations, as well as the laws that established the blockade . . . are still in force and are fully implemented today by U.S. government agencies.”

Cuba claims that the embargo has caused nearly $764 billion in damages to the island and is what Rodríguez called “a flagrant violation of international law.”

The General Assembly vote is not legally binding. But since it was first introduced by Cuba in 1992, the resolution has provided an annual opportunity for other countries to publicly criticize U.S. policy. It describes the embargo as a violation of various international laws and principles and calls on “all states” to refrain from unilateral interference with the internal affairs and trade freedoms of other nations.

It has never garnered more than three votes in opposition: the United States, Israel and the occasional Eastern European or Pacific island nation.