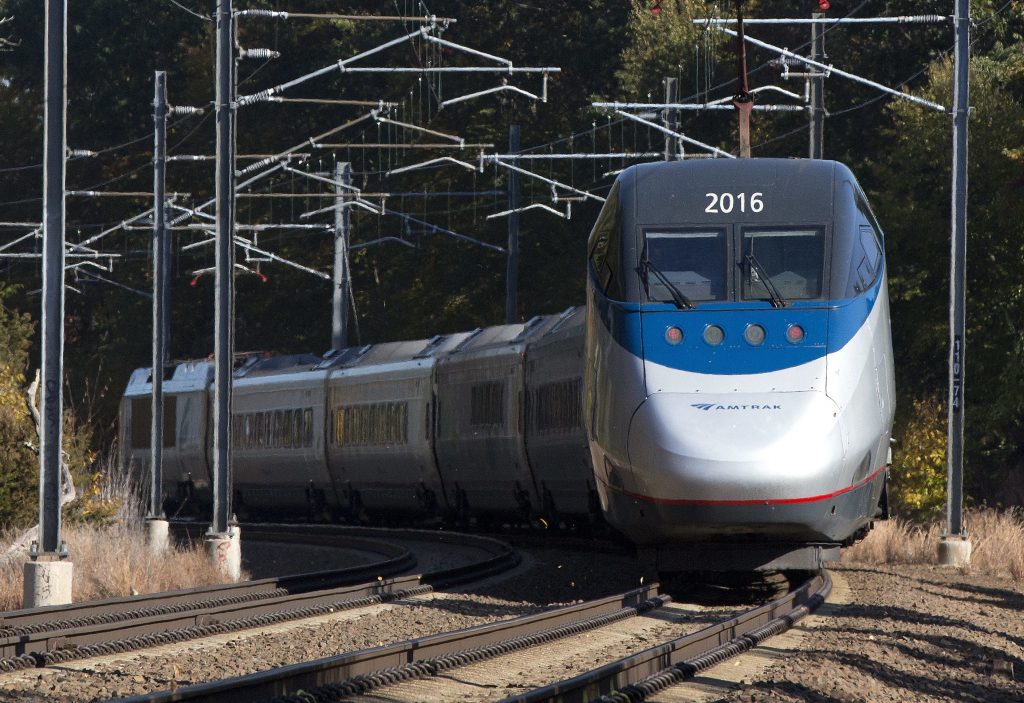 Proposals by the Federal Railroad Administration to upgrade the high-speed rail corridor through the Northeast have raised concerns and some enthusiasm from residents in the eight states containing the route of Amtrak’s Acela Express from Boston to Washington. After reviewing three major alternatives and a fourth option of doing nothing, the agency plans to release its recommendations later this year. The proposals attracting the most attention:

The most vehement opposition has come from southeastern Connecticut, where residents in Old Lyme and neighboring shoreline towns fear construction of a 50-mile bypass to avoid the current curvy route that hugs the coast would ruin their communities. Less attention has gone to a proposal for a “second spine” that would create a new inland route stopping at Hartford and possibly the University of Connecticut. One proposal would route that spine beneath Long Island Sound through a nearly 25-mile tunnel connecting the New Haven station to New York’s Long Island.

Some residents are concerned about a new high-speed route option that could bypass Wilmington, a banking hub and the state’s largest city.

The biggest proposed change would replace the Baltimore and Potomac tunnels underneath Baltimore. The greatest concern voiced by residents and environmental groups has been over a proposed parallel track that could cut into the edge of the Patuxent Research Refuge, a national wildlife refuge.

A proposed alternative route could steer inland, stopping in Worcester, the state’s second-largest city, before reaching the end point in Boston. Or, as others prefer, the railroad agency could focus on upgrading and speeding up the existing route that comes through Rhode Island. The plans have disappointed some by not offering a way to connect high-speed rail north to New Hampshire and Maine by linking Boston’s two major stations.

Major upgrades — some already in the works in partnership with the Port Authority of New York and New Jersey — would include new railroad tunnels beneath the Hudson River that would improve frequency of trains bound for New York. There are also proposals for relieving chokepoints, building new parallel segments for high-speed travel and adding even more Hudson River tunnel tracks.

The most radical proposal would be for a new high-speed route crossing Long Island and down through a nearly 25-mile tunnel beneath Long Island Sound, emerging near New Haven, Connecticut. “It would literally destroy Garden City,” warned Nicholas Episcopia, mayor of the village that’s the seat of Nassau County, in a letter opposing that option because it would cut through dense neighborhoods. A separate alternative would create a new route through the northern New York suburbs on its way to Hartford, Connecticut.

One proposal would create a new rail segment connecting to Philadelphia International Airport. Some residents have expressed concerns about how new rail lines would affect the John Heinz National Wildlife Refuge.

The biggest concern of Rhode Island leaders hoping to strengthen economic ties to Boston and New York City is making sure any new Acela route doesn’t skip over Providence — a possibility if the railroad agency favors a more inland route through central Connecticut. And though it has heard heavy opposition on the Connecticut side, less attention has been paid to a proposed bypass through southwestern Rhode Island.