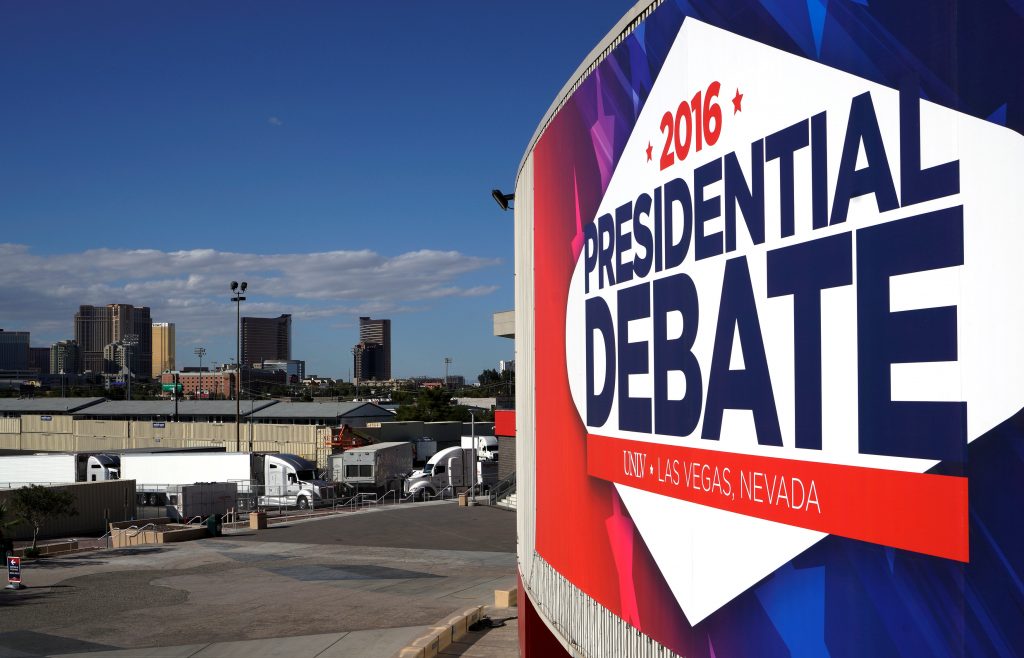 Republican presidential nominee Donald Trump faces a formidable challenge on Wednesday when he and Democrat Hillary Clinton face off in their third and final debate as Trump tries to reverse his standing in an election that appears to be tilting away from him.

Damaged by many accusations, Trump will get his last best chance to sway large numbers of American voters when he faces off against Clinton at 9 p.m. EDT at the University of Las Vegas Nevada.

For Clinton, who leads national opinion polls and leads in most of the battleground states where the election is likely to be decided, the 90-minute debate offers her a chance to make her closing argument on why she is the best suited to succeed President Barack Obama.

“It’s hard to imagine at this point anything that could happen in this debate that could change the overall dynamic of this race,” said Democratic strategist Steve Elmendorf. “I can’t imagine what Donald Trump could do positively or a mistake Hillary Clinton could make to change the trajectory of this race.”

In a campaign that has been more about character than policy differences, both candidates enter the debate ring a bit wounded from recent events.

Trump has spent the past week denying and defending himself from charges of inappropriate speech and behavior. Clinton has struggled to get past a flap over her handling of classified emails while U.S. secretary of state from 2009 to 2013.

“She needs to be able to answer the email question,” said Democratic strategist Bud Jackson. “She hasn’t quite hit that nail on the head yet. She should do better this time. And she should expect the unexpected.”

But Trump’s troubles have loomed the largest, weighing down the New York businessman’s extraordinary political run at the worst possible time.

This has prompted him to lash out at what he feels is a political and media system rigged against him, an apparent bid to discredit the process before the election takes place. Obama said on Tuesday that Trump needs to “stop whining” and make his case to the voters.

Republicans who have watched Trump shoot himself in the foot time and again said the Las Vegas debate was a final opportunity to appear presidential.

“Trump needs to make a real closing argument and stop the personal attacks and come across like a commander-in-chief,” said Republican strategist Scott Reed.

Trump himself called the debate an important opportunity to talk to voters. The event, moderated by Fox New anchor Chris Wallace, is to include a discussion of six topics: debt and entitlements, immigration, the economy, the Supreme Court, foreign hot spots and fitness to be president.

Clinton, who is now competitive in traditionally Republican states like Arizona, is considering a stop in Arizona in the closing three weeks of the campaign.

Clinton senior adviser Jennifer Palmieri told reporters that the former U.S. secretary of state hopes to focus at the debate on what she would tackle if elected.

“If (Trump) chooses to continue to embrace his strategy of a scorched-earth campaign and bringing that to the debate stage, she’ll be prepared to handle that as she has the last two times,” she said.