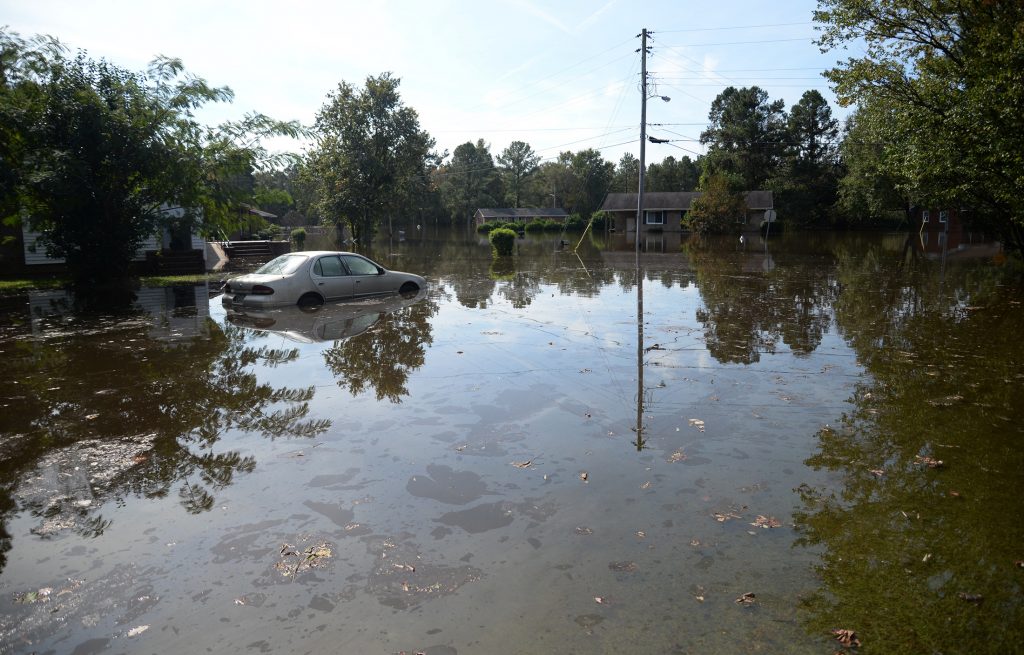 Searchers found two more bodies inside vehicles that were submerged in floodwaters in North Carolina from Hurricane Matthew, increasing the toll in the state to 26 dead, Gov. Pat McCrory said Saturday.

McCrory talked a lot about recovery at his Saturday news conference — one week after the hurricane dumped more than a foot of rain 100 miles inland, causing massive flooding in the eastern part of the state. Towns such as Princeville, Lumberton and Fair Bluff remain underwater, and not all rivers have crested.

Early next week, the governor plans to release a detailed plan on how North Carolina will rebuild, including how to pay for the effort. But he said serious problems remain.

“There are still many, many difficult days ahead for North Carolina,” McCrory said.

The latest victims from the flooding were found in Cumberland County and Wayne County after floodwaters receded from last weekend’s rains. Almost all the deaths in North Carolina have been from people driving or walking into floodwaters and being swept away.

Flooding triggered by the hurricane has killed at least 43 people in the United States and more than 500 people in Haiti.

McCrory said Friday was the first day since the rains began that crews have not had to rescue anyone from the water.

Interstate 95 remains closed in both directions around Lumberton, despite crews working around the clock to fix bridges, pavement and clear debris. Crews can’t give an estimate on when the East Coast’s main north-south highway will reopen at that spot.

Only about 13,000 customers remain without power in North Carolina, most of them in Robeson County where the inundation from the Tar River preventing crews from working.

In South Carolina, crews are still working on 18,000 power outages a week after the storm. Federal officials declared two more counties disaster areas and authorities are watching the Waccamaw and Little Pee Dee rivers as they near-record levels after flowing into the state from North Carolina.

Meanwhile, drought continues to creep into areas of North Carolina west of Charlotte, which saw almost no rain from Hurricane Matthew. Hendersonville, a city of about 15,000 in the state’s western mountains, plans to ask residents to begin conserving water next week. The far western part of the state is in a severe drought.