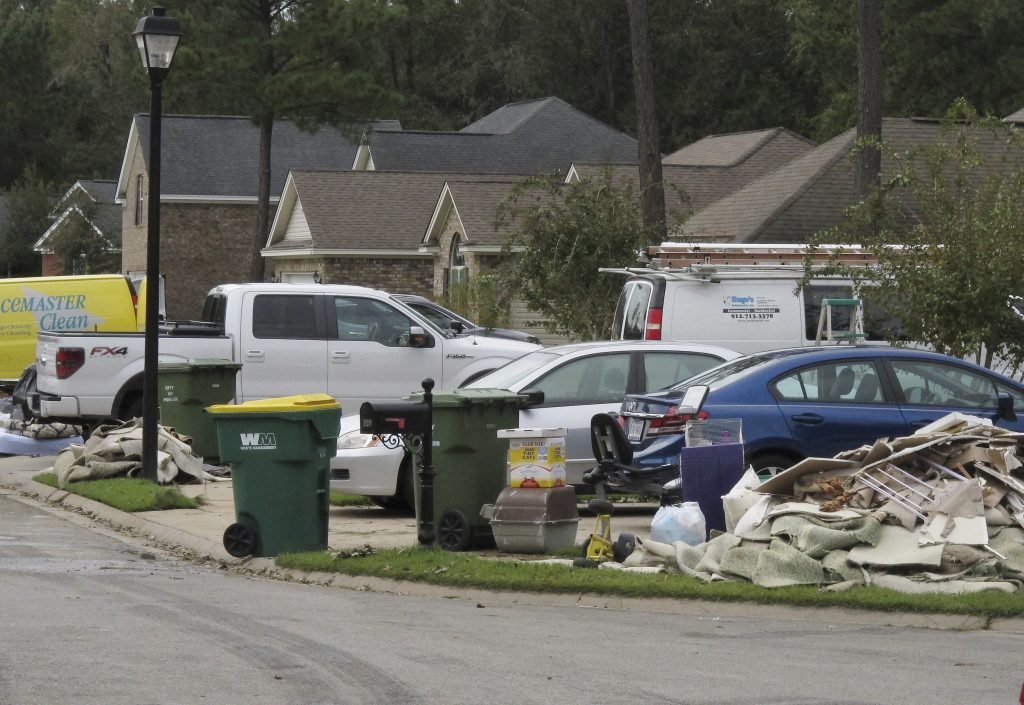 A federal lawsuit is seeking an emergency extension of the voter registration deadline in at least one Georgia county that suffered damage from Hurricane Matthew.

The Lawyers’ Committee for Civil Rights Under Law filed the lawsuit Wednesday in Savannah on behalf of several groups that work to encourage voter registration. The suit names Georgia Gov. Nathan Deal and Secretary of State Brian Kemp, the state’s top elections official.

The registration deadline in Georgia to be able to vote in this year’s general election was Tuesday. The lawsuit asks a judge to extend the deadline until Oct. 18 either in Chatham County or for the entire state.

The lawsuit notes that deadlines have been extended in other coastal states after Matthew roared up the Southeast Coast from Florida, causing several deaths in the U.S. before weakening and heading out to sea. High winds, heavy rain and flooding from Matthew led to downed trees, building damage and power outages around Chatham, a county of about 278,000 people that includes the historic city of Savannah and part of Georgia’s 100-mile coastline.

After Florida Gov. Rick Scott declined to extend that state’s deadline, a federal judge on Wednesday extended that state’s Oct. 11 deadline to 5 p.m. on Oct. 18. South Carolina extended its original Oct. 7 deadline to accept registration forms postmarked no later than Tuesday because of the storm. North Carolina’s voter registration deadline is Friday, but the state also has same-day registration during its early voting period, Oct. 20 through Nov. 5.

The Georgia lawsuit says Chatham County government offices were closed because of the hurricane for the last six days before the voter registration, starting Oct. 6 and continuing through Tuesday. It added most post offices, which also register voters, reopened Tuesday in the county.

Evacuation orders and the closure of government offices prevented Chatham residents from registering to vote in person in the final days of the registration period and because of widespread power outages many may not have been able to register online, the lawsuit says.

The lawsuit was filed on behalf of the Georgia State Conference of the NAACP and two other groups, the Georgia Coalition for the Peoples’ Agenda and Third Sector Development. All three had to abandon voter registration efforts because of the hurricane, the lawsuit says.

If the deadline is not extended, “many eligible prospective voters who were forced to choose between their safety and the fundamental right to vote and suffered hardship as a result of Hurricane Matthew will be disenfranchised in the November 8, 2016 election,” the lawsuit says.

“We had hoped that Georgia would do the right thing by its citizens and not penalize aspiring voters impacted by Hurricane Matthew,” Lawyers’ Committee for Civil Rights Under Law president and executive director Kristen Clarke said in an emailed statement. “There is no right more important than the right to vote, and this suit seeks to ensure that those who wish to exercise that right are not arbitrarily blocked by the vicissitudes of a hurricane and the hardened stance of elections officials.”