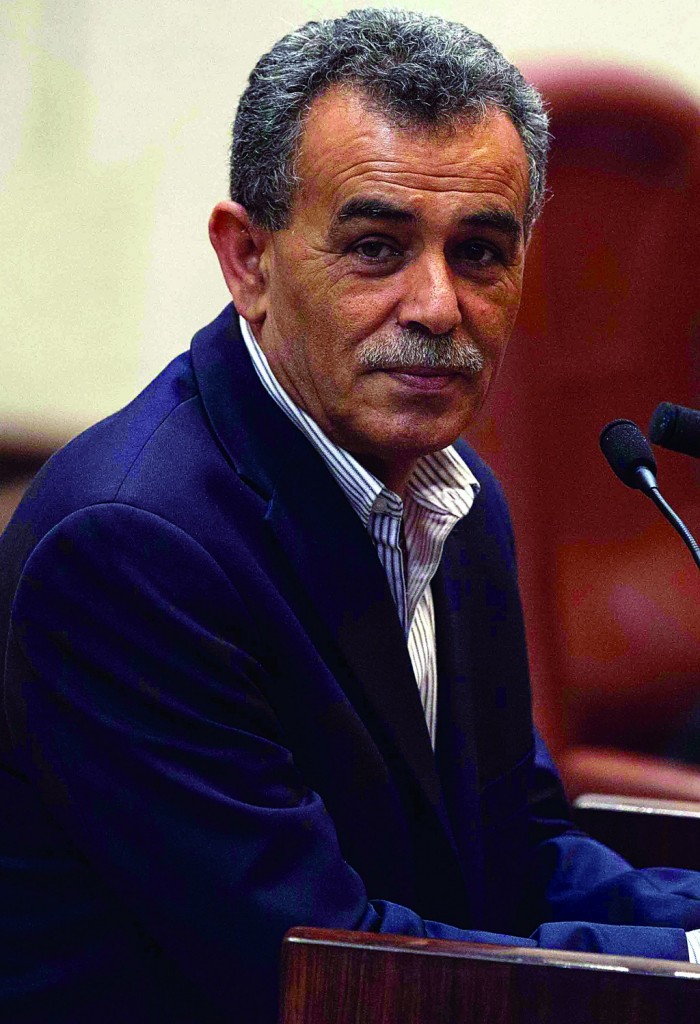 Police on Monday questioned United Arab List MKs Jamal Zahalka and Hanin Zoabi as part of their investigation into corruption in the Balad party, to which the two belong. On his way into the Unit 443 police investigative unit for major crimes, Zahalka stopped off to tell reporters how the questioning and “persecution” of Balad was politically motivated.

“So far they have arrested over 30 top officials in Balad in connection with this case,” said Zahalka. “But when it comes to murder or crime in the Arab community, they don’t send masses of police in to find the suspects, as they did here. The police are a political tool being controlled by the Shabak and the prime minister. They will not tell the people the truth. They are a shame for the state, as are the police who are acting in this way.”

The officials, who have been arrested over the past three weeks, are suspects in a growing scandal surrounding the Balad party in which they allegedly orchestrated a huge money-laundering scheme. The list of detainees include prominent members of Galilee Arab communities, including lawyers, accountants and local authority officials.

So far, police have not discussed what, if any, culpability the three Balad MKs — Zoabi, Zahalka and Basel Ghattas — have in the matter, and police did not say whether the two MKs were being questioned as witnesses or suspects.

According to police, the scheme involved raising money for the party from undocumented sources in Israel and abroad. The money was deposited into numerous bank accounts associated with some of the detainees, with false documentation and paperwork designed to avoid regulations and laws. The scheme was designed to raise millions of shekels for the party and avoid regulatory authorities, both in Israel and abroad. The money was reported, when such reporting took place, as coming from individual donors who had never donated money to the party, police said.

The inquiry into Balad has actually been going on for some time, organized by former Attorney General Yehuda Weinstein. What had started as an investigation into improprieties in one of the party’s local organizations grew over time to take on national, and even international, aspects, as some of the money the party allegedly laundered came from abroad.

“The government has lost its way and it is using the Shabak and police to persecute the Arab population because of its political activities,” said Zahalka. “There is no need to talk about other governments that persecute its opponents politically, because we have one right here.”