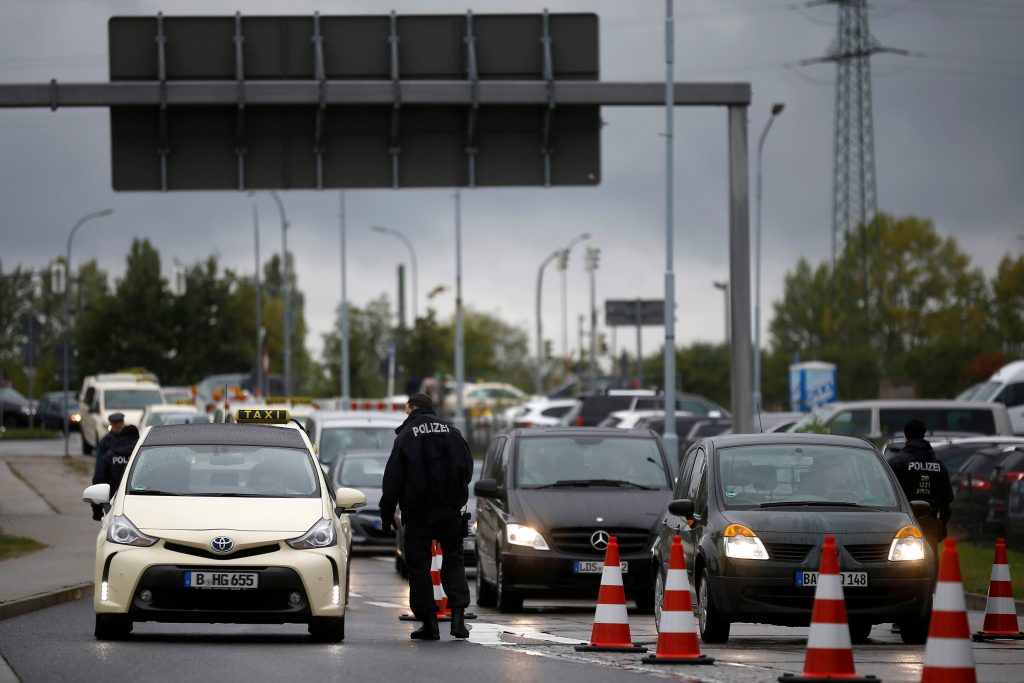 The trail went cold on Sunday in a German police manhunt for a Syrian refugee suspected of planning a bomb attack after a raid on an apartment in which a cache of explosives was found.

“We are following numerous tips, but unfortunately we don’t have a hot lead yet,” said Tom Bernhardt, spokesman for the Saxony state criminal investigation office. “We must continue to assume that this person poses a danger.”

A security source told Reuters that there was some evidence indicating the Syrian had Islamist leanings. “But this doesn’t automatically mean we are talking about IS (Islamic State). This could also be a case of self-radicalization via the internet.”

Police appealed to the public for any information on the suspect, 22-year-old Jaber Albakr, after Saturday’s apartment raid in the eastern German city of Chemnitz. They described him as wearing a black hooded top with a bright pattern on the front, and warned people to be careful of him.

Albakr had been in Germany since last year and was officially recognized as a refugee, Bernhardt said.

He was not previously known to police, who raided the flat after a tip-off from the domestic intelligence service.

Police have begun investigating a second Syrian who rented the apartment that was raided and was known to Albakr. He was detained in Chemnitz on Saturday on suspicion of involvement in preparing a bomb attack with Albakr, Bernhardt said.

Two other people detained in Chemnitz on Saturday have been released.

In late July, Islamic State claimed responsibility for attacks on a train near Wuerzburg and at a music festival in Ansbach which wounded 20 people.