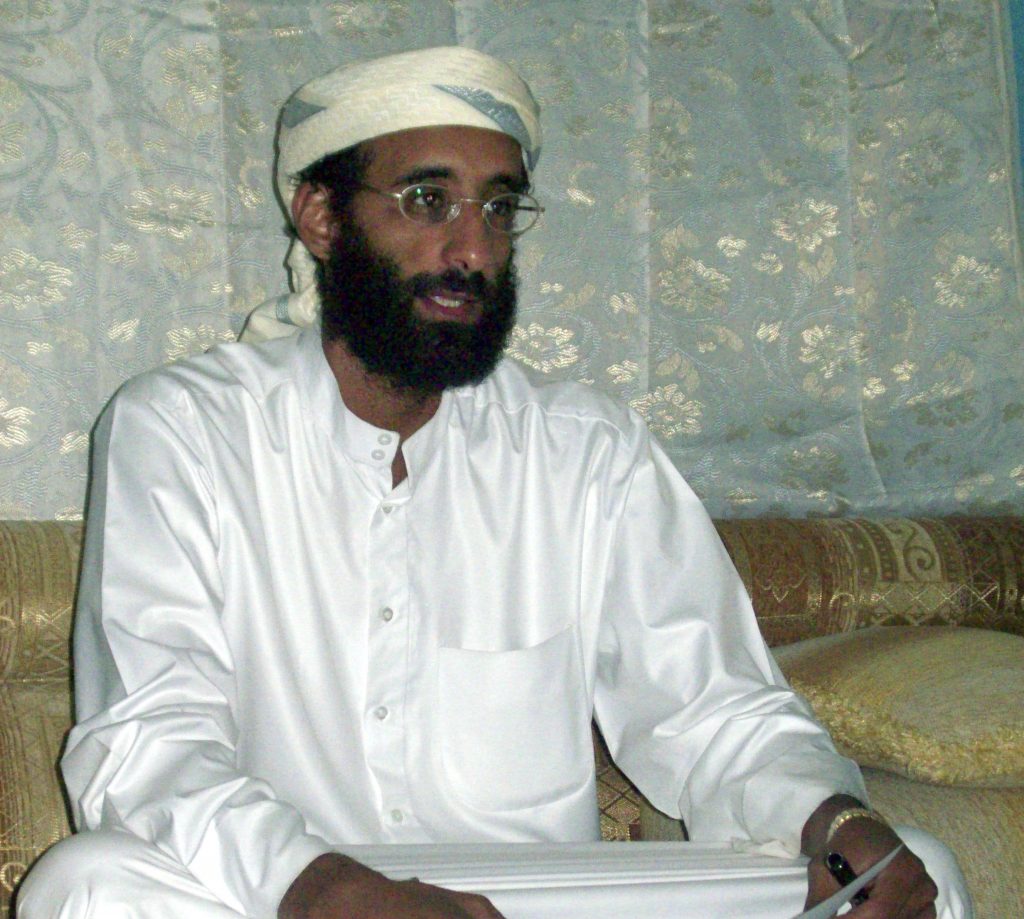 Five years after Anwar al-Awlaki was killed by an American drone strike, he keeps inspiring acts of terror.

Investigators say a bomb that rocked New York a week ago, injuring more than two dozen people, was the latest in a long line of incidents in which the terrorists were inspired by al-Awlaki, an American imam who became an al-Qaida propagandist.

Federal terrorism charges against the bombing suspect, Ahmad Khan Rahami, say a bloodstained notebook — found on him after he engaged in a shootout with police in New Jersey and was arrested — included passages praising al-Awlaki. And Rahami’s father has said he went to the FBI two years ago in part because he was concerned about his son’s admiration for al-Awlaki and the time he spent watching his videos advocating jihad, or holy war.

Terror experts say al-Awlaki remains a dangerous inciter of homegrown terror. He spoke American English, and his sermons are widely available online. And since he was killed in Yemen on Sept. 30, 2011, martyred in the eyes of followers, those materials take on an almost mythic quality. His primary message: Muslims are under attack and have a duty to carry out attacks on non-believers at home.

Among the terrorists who investigators and terror experts say were inspired by al-Awlaki and his videos: the couple who carried out the San Bernardino, California, shootings, which left 14 people dead in December, and the brothers behind the Boston Marathon bombing, which killed three people and injured more than 260 others in April 2013.

“The horrific acts of violence they advertise are just a twisted form of advertising,” said Zachary Goldman, co-founder of the New York University Center for Cyber Security.

He said al-Awlaki was particularly effective because of “his ideas and pernicious way of offering comfort to those in need of it at the same time as he poisons them.”

Presidential nominees Donald Trump, a Republican, and Hillary Clinton, a Democrat, have called for curtailing the ability of terrorists to promote their views on the internet. Trump has suggested shutting down the web in war-ravaged nations overrun by Islamic extremists. Clinton has suggested appealing to social media companies to take radical speech offline.

The director of the Center on National Security at Fordham Law School, Karen Greenberg, said a lively discussion is underway among public officials and those in the private sector to “find a way to take searches for jihadist propaganda and deflect it toward a counter-narrative.”

She noted her center’s study of the first 101 Islamic State group cases in federal courts, updated through June, showed more than 25 percent of the cases’ court records contained references to al-Awlaki’s influence. References to Osama bin Laden, founder of the terror organization behind the Sept. 11, 2001, attacks, barely topped 10 percent.

Authorities have said al-Awlaki knew two of the Sept. 11 hijackers when he was the imam of a Falls Church, Virginia, mosque but didn’t seem a threat, even scoring an invite to lunch at the Pentagon as part of a moderate Muslim outreach program after the 2001 attacks.

But al-Awlaki’s essays and speeches went from providing encouragement to would-be terrorists to playing an operational role for al-Qaida, prompting Democratic President Barack Obama’s administration to add him to the government’s list of wanted terror suspects.

By 2007, an informant at a New Jersey trial testified, one of five foreign-born Muslims said he was ready to attack soldiers at Fort Dix, New Jersey, after watching a video of an al-Awlaki lecture he considered a religious decree to attack American soldiers.

Authorities said al-Awlaki also worked with Umar Farouk Abdulmutallab, a recruit to al-Qaida’s Yemen branch, who tried unsuccessfully to blow up a Detroit-bound airliner in December 2009 with explosives in his garments.

In 2010, YouTube removed videos in which al-Awlaki called for holy war, saying they violated its guidelines prohibiting “incitement to commit violent acts.” In one 45-minute video, al-Awlaki said U.S. deaths are justified and encouraged, citing what he called U.S. intentional killing of Muslim civilians in Iraq, Afghanistan and elsewhere.

The American Civil Liberties Union said it has seen lots of pressure put on technology companies by the Obama administration as it tries to limit speech on platforms related to terrorism. But restricting or removing speech considered offensive or dangerous doesn’t protect people, said Hugh Handeyside, a staff attorney with the ACLU’s National Security Project.

“People can’t respond to it or condemn it,” he said. “It drives the speech underground.”

Trying to remove it, Handeyside added, “is ultimately futile and possibly counterproductive.”