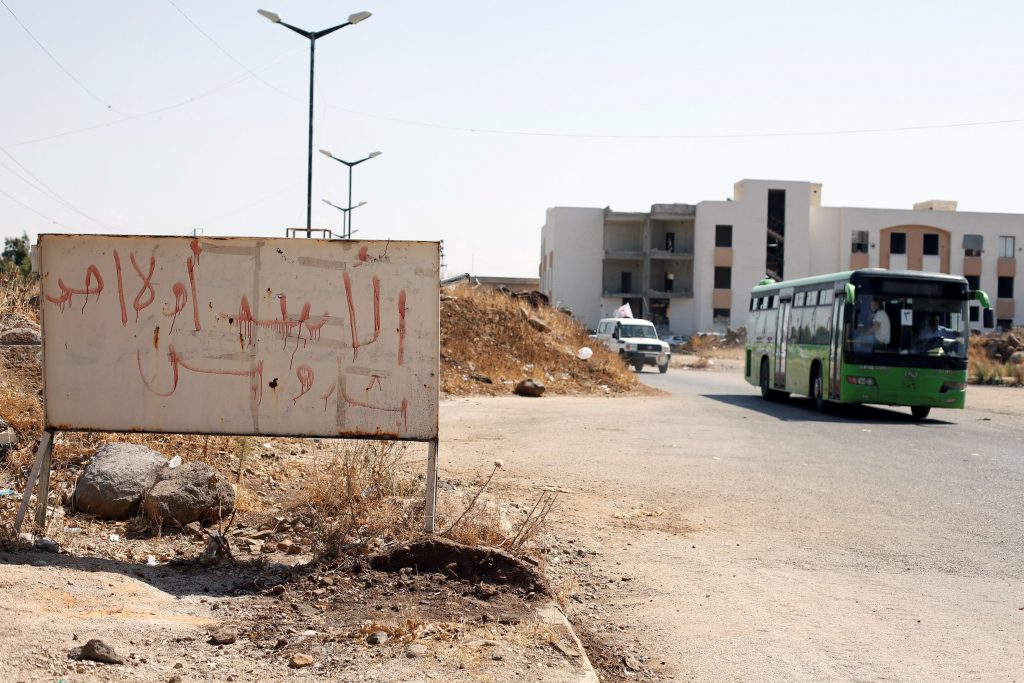 A “clearly marked” U.N. convoy was due to deliver aid on Thursday to besieged areas near the Syrian capital after a 48-hour suspension to review security guarantees following an attack on relief trucks near Aleppo, a U.N. spokesman said.

The United Nations suspended land deliveries after the convoy attack, which the Syrian Arab Red Crescent says killed a staff member and around 20 civilians.

U.S. officials believe Russian aircraft were responsible for the strike, but Moscow has denied involvement and the Russian Defense Ministry said on Wednesday a U.S. Predator drone was in the area when the convoy was attacked.

“We are sending today an inter-agency convoy that will cross conflict lines into a besieged area of rural Damascus,” Jens Laerke, spokesman of the U.N. Office for the Coordination of Humanitarian Affairs (OCHA), told Reuters.

“We will advise on the exact locations once the convoy has actually reached those locations.”

Elizabeth Hoff, the World Health Organization (WHO) representative in Syria, told Reuters on Wednesday that the U.N. health agency planned to deliver medical supplies on Thursday to the rebel-held besieged Damascus suburb of Moadamiya, subject to the normal security risk assessments.

“So that is what we do, whether we send it to rural Damascus as we do today, or hopefully in the near future [when] we can resume deliveries in Aleppo and elsewhere in Syria,” he added.