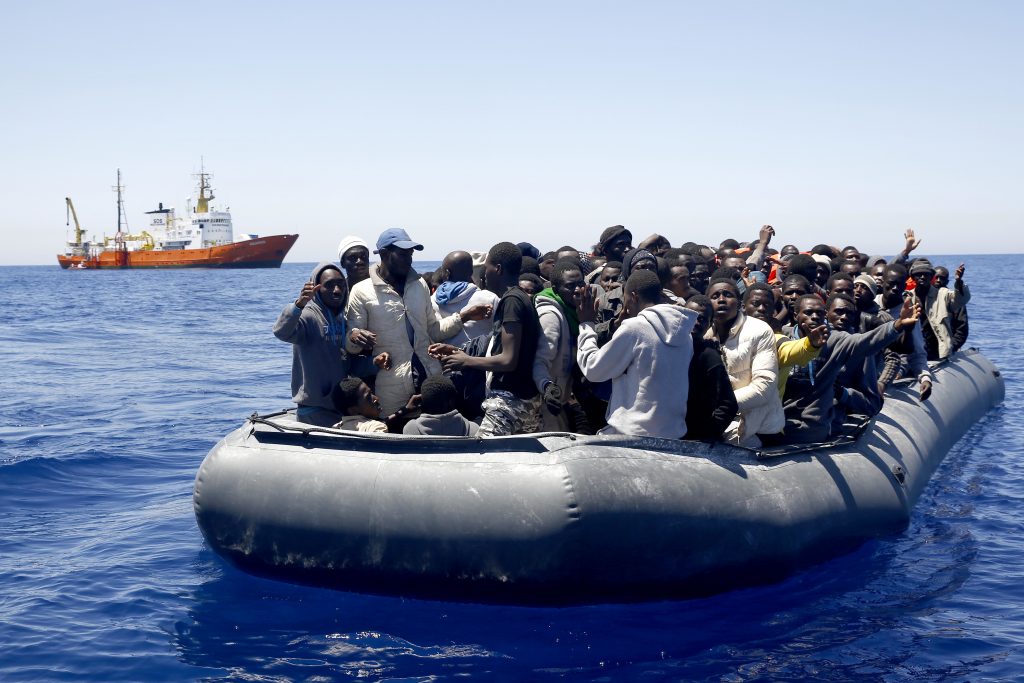 The U.N. refugee agency warned on Tuesday that 2016 looked set to become the deadliest year on record for refugees and migrants crossing the Mediterranean to reach Italy and Greece, even though arrivals are down 40 percent from a year ago.

The UNHCR said more than 300,000 migrants and refugees had arrived by sea to the shores of Italy and Greece so far this year, down from 520,000 in the same period last year.

However, around 3,210 migrants had been reported dead or missing while attempting the crossing since the start of 2016, only 15 percent lower than the death toll for the whole of 2015.

“At this rate, 2016 will be the deadliest year on record in the Mediterranean Sea,” the agency said in a statement.

Arrivals in Greece have dropped sharply since the European Union signed a deal with Turkey under which Ankara prevents people from embarking for Europe from its shores.

But in Italy the figures remain at similar levels as last year, the UNHCR said.

Europe saw an influx of some 1.3 million migrants and refugees in 2015, many fleeing war and poverty in the Middle East or Africa. Their arrival has triggered bitter disputes within the EU on how to handle them. Having survived the often treacherous sea crossing, many people made their own way further into Europe. But this has become more difficult as the EU tightened controls on its borders.

UNHCR said around 60,000 people were stranded on Greek islands, where a major migrant camp of Moria was set on fire on Monday night. Nearly 160,000 were also held in Italian reception facilities, the agency said.

To ease the burden on Italy and Greece, EU states agreed a year ago to distribute 160,000 people to elsewhere in the bloc under a quota system.

But some eastern EU members, including Hungary, Poland and Slovakia, oppose the quotas and have challenged the decision in courts. Other countries have procrastinated amid political infighting, and fewer than 5,000 people have been relocated to date, EU data shows.

Most of those refugees and migrants who got to Europe last year moved to Germany, Sweden or other wealthy EU states. A public backlash over that has undercut support for Chancellor Angela Merkel in Germany, the bloc’s top power.

But the head of the EU’s executive, Jean-Claude Juncker, said EU states should step up efforts to distribute the migrants across the bloc, a view the UNHCR shares.

“Effective relocation is key to increasing solidarity and responsibility sharing in Europe,” it said.

The tussle over the EU’s migration policy is undermining the bloc’s efforts to show a more united face after it was shaken by Britain’s vote to leave, contributing to what officials describe as an existential crisis engulfing the union.