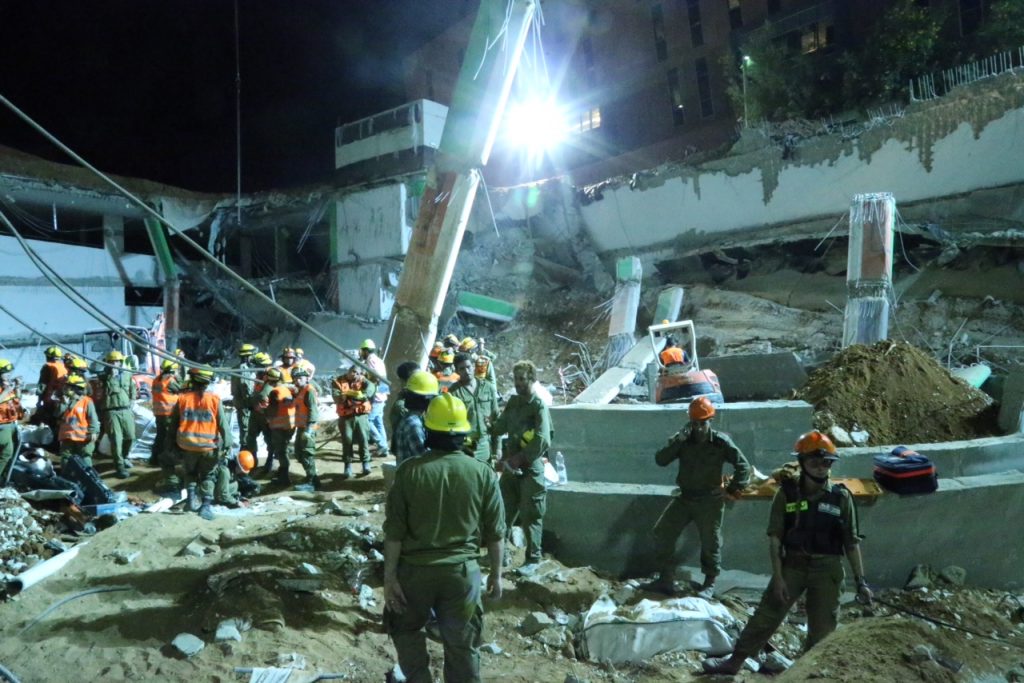 Rescue forces over the weekend officially ended their search for survivors at the collapsed parking structure in central Tel Aviv, after a sixth body was pulled from the rubble. All individuals who were known to be in the building at the time have now been accounted for. The body found over Shabbos followed the discovery of two others found on Friday.

Rescue workers have been intensely laboring at the site of the collapsed four-story parking structure, after it fell last Monday. Rescue workers consisted of police, Home Front Security officials, and IDF forces of the Search and Rescue battalion and the Canine Special Forces Unit. Over 500 people and dozens of dogs worked at the site 24 hours a day searching for survivors. Besides the six individuals killed in the incident, 23 were injured, with several still in the hospital suffering from serious injuries.

Hundreds of people gathered in Akko for a vigil at the home of Roslyb Issakov, 29, whose body had been discovered earlier in the week. Other victims named as being killed in the collapse include Oleg Yaakobov, 60, of Tel Aviv; Oleg Mishalov, 34, of Tel Aviv; Ahad Rimawi, 34, of Beit Rima; and Dennis Diachenko, 28, of Ukraine.

According to Major General Yoel Strik, Head of the Home Front command, “for six days forces of the Home Front search and rescue forces, both active and reserve forces, have been operating to save lives from the destruction site. We send our condolences to the families. We will continue to provide aid during the disaster as long as we are needed, setting an example as a professional search and rescue body.”

Colonel Amir Ulu, Commander of the IDF’s Dan District, said that “as the commander of the search and rescue efforts at the destruction site, I can, without hesitation, say the forces operated extraordinarily at the scene. About 500 soldiers and officers worked devotedly around the clock, using up-to-date technologies and implementing their broad professional operational experience. During the entire rescue mission, multiple rescue forces and organization took part in the effort. The Home Front command will continue to accomplish its goals and missions, to train and be prepared for every scenario.”