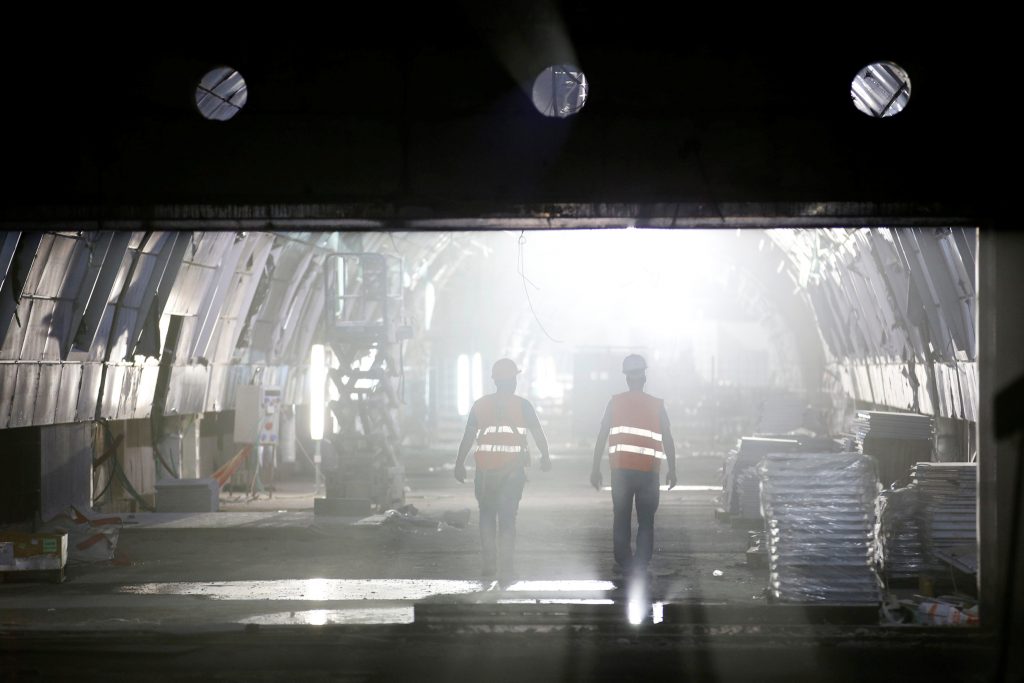 Tel Aviv and Yerushalayim may only be 40 miles apart but they often feel like different planets, because the commute from the Mediterranean to the hills can sometimes take two hours.

That is set to change in the next 18 months with the completion of a $2 billion, high-speed rail line that will slash the time between the two cities to just 30 minutes.

After more than a decade in the planning, the project, which has involved boring tunnels through mountains and spanning bridges over deep valleys, promises to bring Israel’s two largest cities a little closer.

“We are doing in Israel what was done 200 years ago in the United States, after World War II in Europe and in recent decades in Asia,” Transport Minister Yisrael Katz said on Tuesday, touting several new rail lines in the works. “The main aim is to connect Yerushalayim to the rest of the country.”

There is already a train between Yerushalayim and the coast – built during the Ottoman empire and added to by the French and the British – but it’s a slow, scenic route that takes an hour and 40 minutes, not ideal for commuting. That said, around 7,500 people still ride it most days.

Working with 10 foreign companies, the line runs over 10 bridges and through five tunnels. Construction began in 2010 and is scheduled to end in March 2018.

Double-decker trains holding around 1,700 passengers will travel at 100 mph. The plan is for four departures an hour, serving 50,000 commuters a day, or 10 million a year, said Boaz Zafrir, the chief executive of Israel Railways.

The new line also promises to be a boon for foreign diplomats, Israeli government employees and parliament members, many of whom live on the coast but commute to Yerushalayim almost daily and often lament the traffic jams.