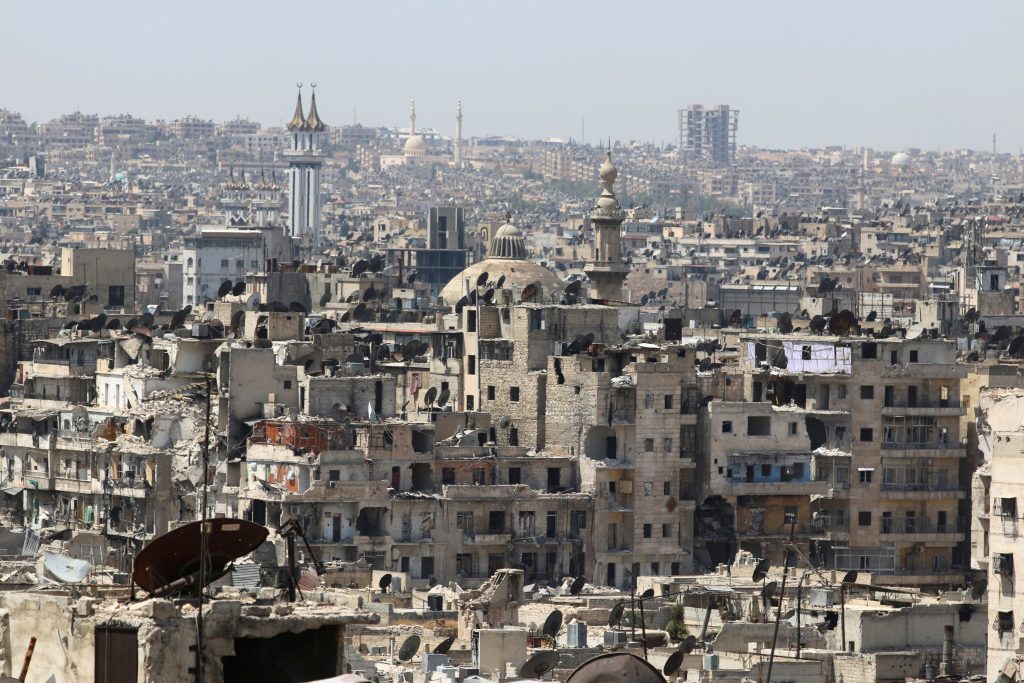 The U.N. humanitarian chief on Monday urged all combatants in Aleppo to agree to a 48-hour pause to allow delivery of desperately needed aid, warning that otherwise the world risks seeing a “humanitarian catastrophe unparalleled in the over five years of bloodshed” in Syria.

Stephen O’Brien said Aleppo is being bombed every day, including a dozen new attacks on Monday, and has become “the apex of horror” in “the greatest crisis of our time.” He told the U.N. Security Council, which has been deeply divided over Syria, that “you have the power with a pen — a simple pen stroke — to allow food to people.”

O’Brien said the U.N. asked to deliver aid to nearly a million people in besieged and hard-to-reach areas in August, but the Syrian government approved fewer than 50 percent of the requests, denying aid to rebel-held eastern Aleppo and several other besieged areas. O’Brien said that not one aid convoy has moved yet due to fighting, insecurity and bureaucratic requirements, and the end of the month is just nine days away.

Russia, a close ally of Syrian President Bashar Assad’s government, said last Thursday it was ready to back the U.N. call for weekly 48-hour cease-fires in Aleppo, provided aid convoys travel to both rebel-controlled and government-controlled parts of the city. U.S. deputy ambassador Michele Sison reiterated American support for the humanitarian pauses in her speech to the council.

O’Brien welcomed the Russian announcement but stressed that “we need the agreement of all parties to let us do our job.”

The U.N. humanitarian chief said he and his office are working with all sides seeking to ensure that the Russian offer can be turned into “a comprehensive pause.”

Rebel-held eastern Aleppo, where up to 275,000 people live, has been almost entirely cut off from vital supplies including food, water, medicine and electricity for over a month, O’Brien said, while access to the estimated 1.5 million people in government-controlled western Aleppo “remains extremely difficult.”

The U.N. has found a new route into western Aleppo and has delivered some aid, and it is preparing 20 trucks to deliver food and other supplies to eastern Aleppo as soon as a cease-fire takes place, he said.

“This is a race against time, as fighting rages on, with ever-more shocking reports of bombed hospitals and wrecked schools,” O’Brien said. “Electricity is out, water is scarce, and movement is restricted.”

He repeated his appeals for U.N. action, not just on Aleppo, but to end the war in Syria saying: “When hospital attacks have become the new normal, when medieval sieges of entire cities and neighborhoods have become a lasting reality for hundreds of thousands of people, this council cannot look the other way.”