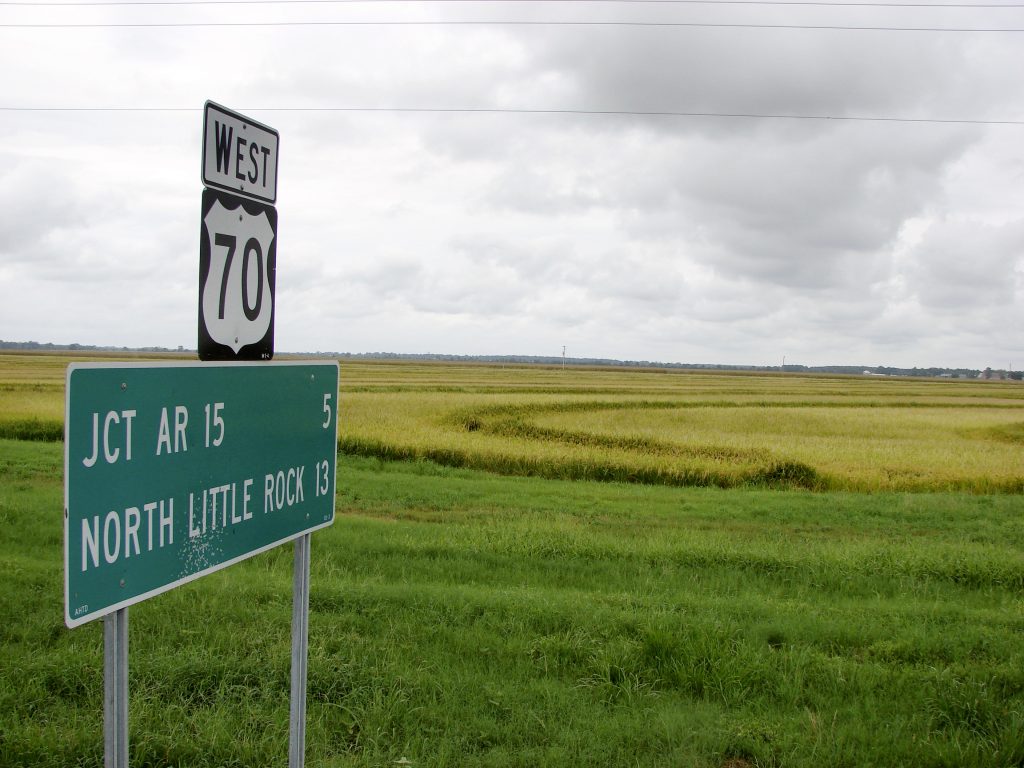 Heavy rains that brought record flooding to Louisiana recently, have put a damper on the nation’s harvest of rice, a food staple that usually likes water as it grows but can’t be gathered by machine if fields are inundated.

Although rice is an aquatic plant, this is the time of year when farmers drain their land and roll in heavy equipment for the harvest. Some fields remain inaccessible in parts of Arkansas and Louisiana.

“I’ve heard from a lot of the farmers the water level has been higher than a lot of the past hurricanes,” said Dustin Harrell, a rice agronomist at the LSU Agriculture Research Center near Rayne, Louisiana. Two feet of rain fell in parts of the state.

The 2016 crop was expected to be 26 percent larger than 2015’s, according to Eric Wailes, an agricultural economist at the University of Arkansas. Despite that, losing part of this year’s crop shouldn’t trigger price increases for rice used for food, or for cereal or beer that use rice as an ingredient, he said.

“Having a much larger crop swamps (Ed: outweighs) this event,” Wailes said from his office in Fayetteville, Arkansas. “It’s premature to make a strong assessment of what it all means.”

If anything, he said, an 8 percent bump in rice futures prices over the past week would offset some losses if a farmer cannot move his entire crop to market.”The biggest losers are the farmers who are actually inundated,” Wailes said. “The crop that was harvested is now more valuable.”

According to USA Rice, a trade organization, Louisiana farmers had harvested about 80 percent of their crop before the deluge, not including second-season growth along the Gulf Coast. Louisiana had about 450,000 acres of rice this year or 15 percent of the U.S. crop.

Arkansas farmers, who grow half the nation’s rice crop on nearly 1.6 million acres, had only completed about 2 percent of their harvest when unusual August rains arrived last week. For the month, rainfall is running about 350 percent of normal and the next few weeks are critical.

“We cannot drain, and the rivers are backing up into the fields,” said Larry Jones, who farms 1,500 acres in rice and 1,500 acres in soybeans at Clover Bend, south of Walnut Ridge. He worries the rains will continue.

“The Black River is out of its banks. The river has to run down, then the creeks, and then our fields can run down,” he said.

“There is a window here for farmers” to get a good price in what was expected to be a glutted market, Wailes said. “It would take a fairly widespread and significant continuation of a bad harvest to support prices in the $10 to $11 range.”

Foul weather can force the rice plants into the mud and excess moisture can make rice heads sprout, diminishing their quality. During hurricanes and tropical storms, systems dump heavy rain and then move on. The recent weather pattern has brought rain for days.

Rice is also grown in California, Mississippi, Missouri and Texas. Half the nation’s annual output is exported to 110 countries with top markets in Mexico, Japan, Haiti, Canada, Colombia and South Korea. Wailes said he expected that farmers, as a whole, would meet their obligations — though shipments might be delayed slightly.