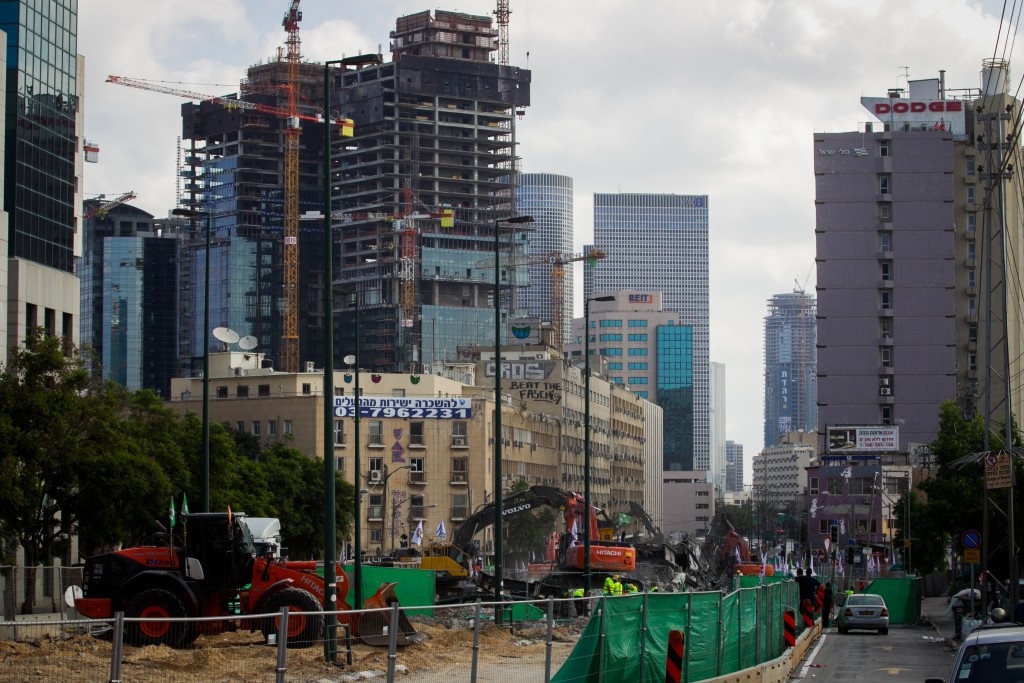 Traffic is at a near standstill at all hours of the day in some parts of Tel Aviv due to the construction of the Red Line of the light rail, but things are set to get a lot worse for drivers – before they get better for those planning to rely on the light rail to get around. Beginning in 2018, work will begin simultaneously on two other lines of the light rail – the Green Line to Herzliya, and the Purple Line to Petach Tikvah.

But progress is unstoppable, traffic or not, said Transport Minister Yisrael Katz. On a tour of the routes where the light rail will be built, Katz said that public transportation was the only option for Tel Aviv, and that it would be advanced at the cost of roads, parking spaces, and facilities for private vehicles.

“Any mayor of the cities in the region who resists this plan will find him or herself pressured until they sign onto the plan,” Katz said. Among those opposing the plan is Ramat Gan Mayor Yisrael Singer, who has said that he would file an appeal with the High Court against the plan to prevent what he has said will be damage to residents in the wake of the project.

All three lines will cost about NIS 30 billion to build, with NIS 20 billion of that going to the Green Line, which will mostly be an elevated track.

Money for the continued construction of the lines is to be allocated from the Arrangements Law, the codicil to the state budget that covers extra-budgetary expenses. “Metropolitan Tel Aviv is the financial and business heart of Israel, the home of the headquarters of many companies, local and international,” the line item in the Arrangements Law describing funding for the project says. “Traffic jams cause huge amounts of wasted time and money for commuters, with the costs estimated at NIS 25 billion annually, eventually set to rise to NIS 40 billion.” Accordingly, an NIS 30 billion capital investment doesn’t sound too expensive, said Katz.