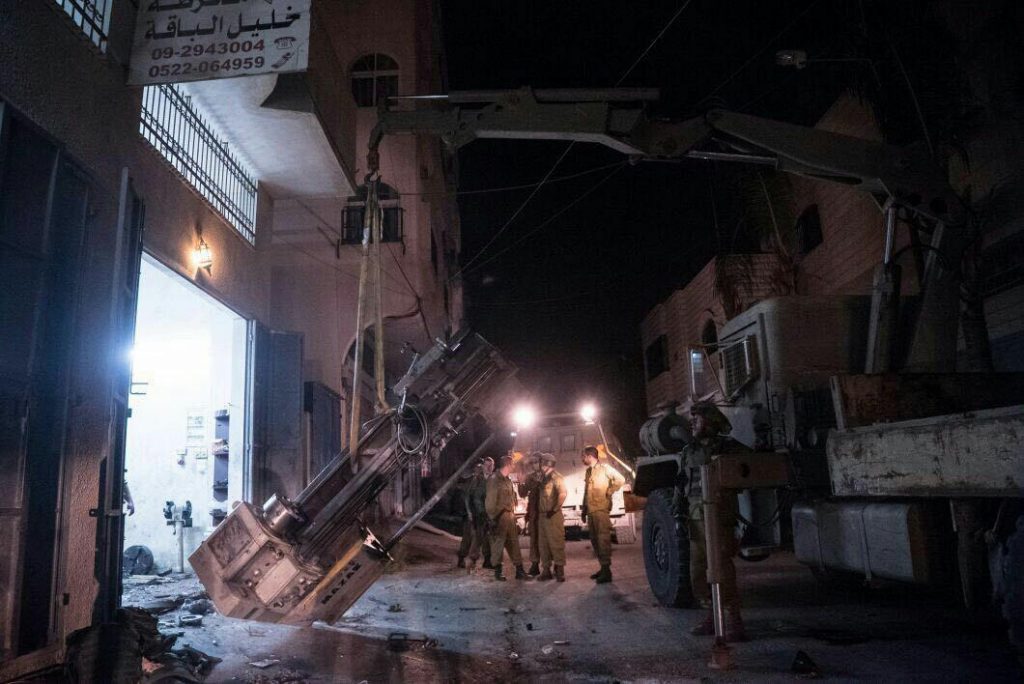 IDF soldiers and Shin Bet agents overnight Sunday arrested ten terrorists wanted in the murder of Rabbi Michael Mark, Hy”d. The ten were accomplices in the attack that killed Rabbi Mark and injured other members of his family as they drove on Road 60 near Otniel in June.

Rabbi Mark was killed and three other family members were injured, when the vehicle they were riding in crashed and flipped over after terrorists opened fire on it south of Chevron. He was the administrator of the Hesder Yeshiva in Otniel, was on his way with his family to spend Shabbos with family members.

Last week, Muhammad el-Fakia, one of the terrorists who carried out the attack on the Mark family, was killed after fighting a pitched battle against IDF soldiers before being killed. Several other members of the gang that attacked the Mark family had already been arrested, including Mahmad Majad Amair, a 38-year-old resident of Dura, along with Zahiv el-Fakia, brother of Muhammad, who helped the gang by providing them with weapons and hiding them afterwards. Those arrested Sunday night were involved in providing weapons and hiding places to the terrorist gang.

In addition, IDF soldiers shut down several munitions factories that were operating in the Kalkilya area.

He is a “major weapons dealer” who is a member of the Palestinian security services.

Recent raids have seized weapons, shuttered arms-making factories and arrested weapons dealers as part of a crackdown meant to quell a spate of Palestinian attacks.

Overnight Sunday, security officials also arrested 17 wanted security suspects in other areas in Yehudah and Shomron. The suspects were wanted for participating in rioting and throwing stones and firebombs that endangered Israeli civilians and IDF soldiers. Several of the suspects were also charged with belonging to Hamas. All were being questioned on their activities by security forces.