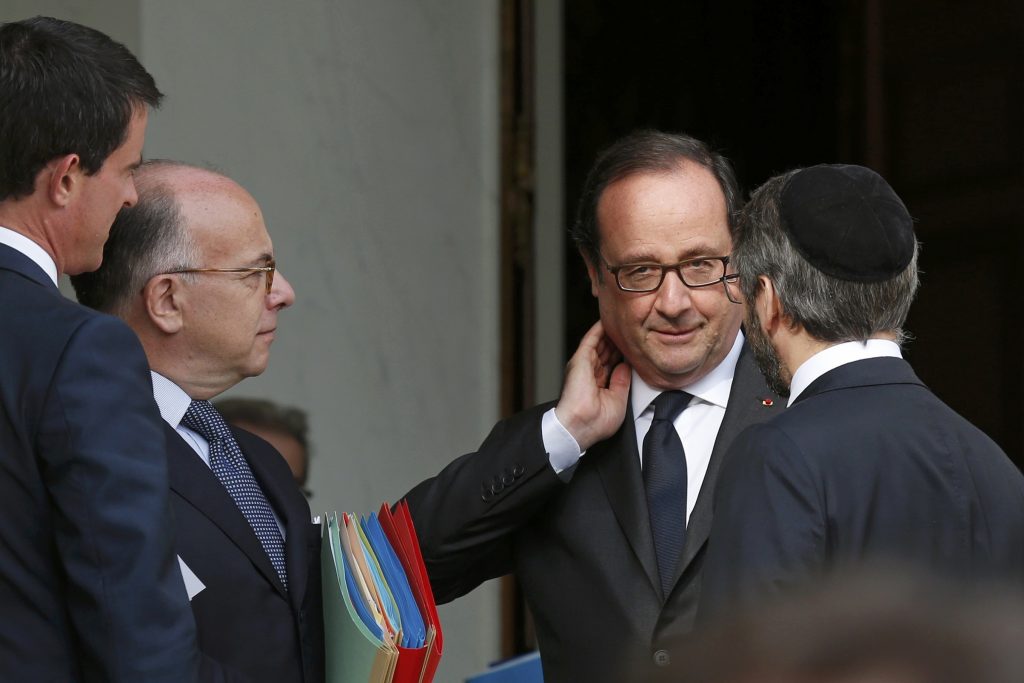 France’s Socialist government fended off criticism of its security record on Wednesday in the wake of revelations that one of the assailants who slit the throat of a priest at a church altar was a known would-be jihadist under police surveillance.

President Francois Hollande met interfaith leaders in an effort to promote national unity. But his predecessor and potential opponent in a presidential election next year, Nicolas Sarkozy, said the government must take stronger steps to track known Islamist sympathizers.

Tuesday’s attackers interrupted a church service, forced 85-year-old Roman Catholic priest Father Jacques Hamel to his knees at the altar and slit his throat. As they came out of the church shouting “Alla-hu akbar,” they were shot and killed by police.

The attack came less than two weeks after another suspected Islamist drove a truck into a Bastille Day crowd, killing 84 people. Opposition politicians have responded to the attacks with strong criticism of the government’s security record, unlike last year, when they made a show of unity after gunmen and bombers killed 130 people at Paris entertainment venues in November and attacked a satirical newspaper in January.

“All this violence and barbarism has paralyzed the French left since January 2015,” Sarkozy, who is expected to enter a conservative primary for next year’s presidential election, told Le Monde newspaper. “It has lost its bearings and is clinging to a mindset that is out of touch with reality.”

Amid warnings of a “war of religions” from some conservative politicians, Hollande sought to head off divisions in a meeting with Christian, Jewish, Muslim and Buddhist leaders.

“We cannot allow ourselves to be dragged into the politics of Daesh (Islamic State), which wants to set the children of the same family against each other,” the Archbishop of Paris, Cardinal André Vingt-Trois, told journalists after the meeting at the Elysee presidential palace.

Sarkozy has called for the detention or electronic tagging of all suspected Islamist terrorists, even if they have committed no offence. France’s internal security service has confidential “S files” on some 10,500 suspected or aspiring jihadists.

Interior Minister Bernard Cazeneuve rejected Sarkozy’s proposal, saying that to jail them would be unconstitutional and counterproductive.

“What has enabled France to break up a large number of terrorist networks is keeping these people under ‘S file’ surveillance, which allows intelligence services to work without these individuals being aware,” he said on Europe 1 radio.

Cazeneuve later said summer festivals that do not meet tight security standards would be cancelled, and announced a shift in the deployment of 10,000 soldiers already on the streets, saying more would now be sent to the provinces.