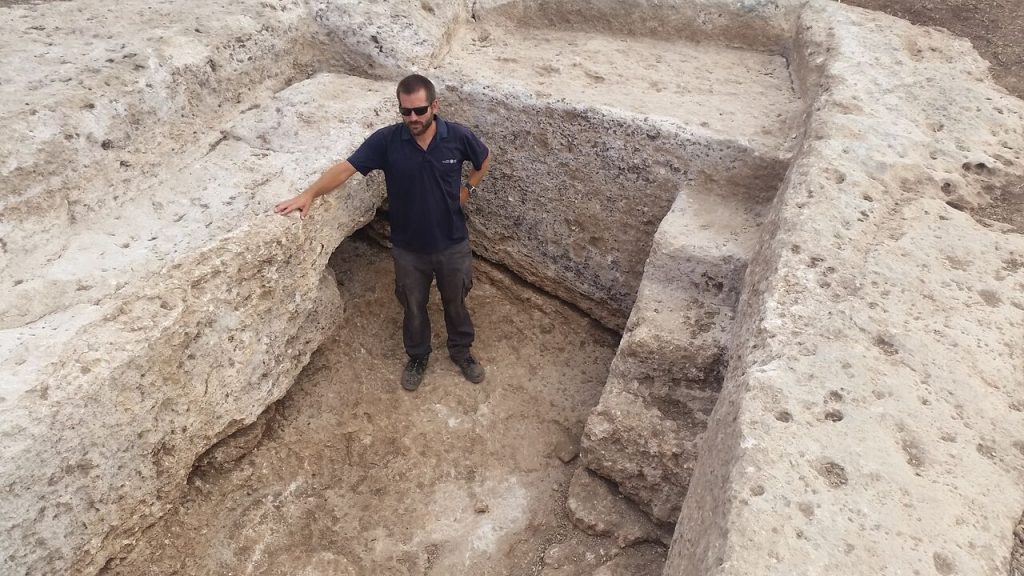 An ancient workshop where pottery jars were manufactured, in which there is a unique kiln used to fire the vessels, was revealed in archaeological excavations of the Israel Antiquities Authority in Shlomi, in the western Galil.

Archeologists believe the finds to be about 1,600 years old, placing it in the Roman period.

The excavations are being carried out prior to the construction of a new neighborhood.

According to Joppe Gosker, excavation director for the IAA, “What makes the pottery works so special is its unique kiln, which was hewn in bedrock and is unlike most of the kilns known to us that were built of stone, earth and mud. The ancient workshop included a system for storing water, storage compartments, a kiln, etc.”

Gosker added, “The kiln was meticulously constructed. It consisted of two chambers – one a firebox in which branches were inserted for burning, and a second chamber where the pottery vessels were placed that were fired in the scorching heat that was generated.

The ceramic debris that was piled up around the kiln indicates that two types of vessels were manufactured here: storage jars that could be transported overland, and jars with large handles (amphorae) that were used to store wine or oil which were exported from Israel by sea.”

According to geologist Anastasia Shapiro, “We can explain the quarrying of this rare kiln right here because of the special geological conditions found in the area of Shlomi: here there is chalk bedrock, which on the one hand is soft and therefore easily quarried, and on the other is sufficiently strong to endure the intense heat.”