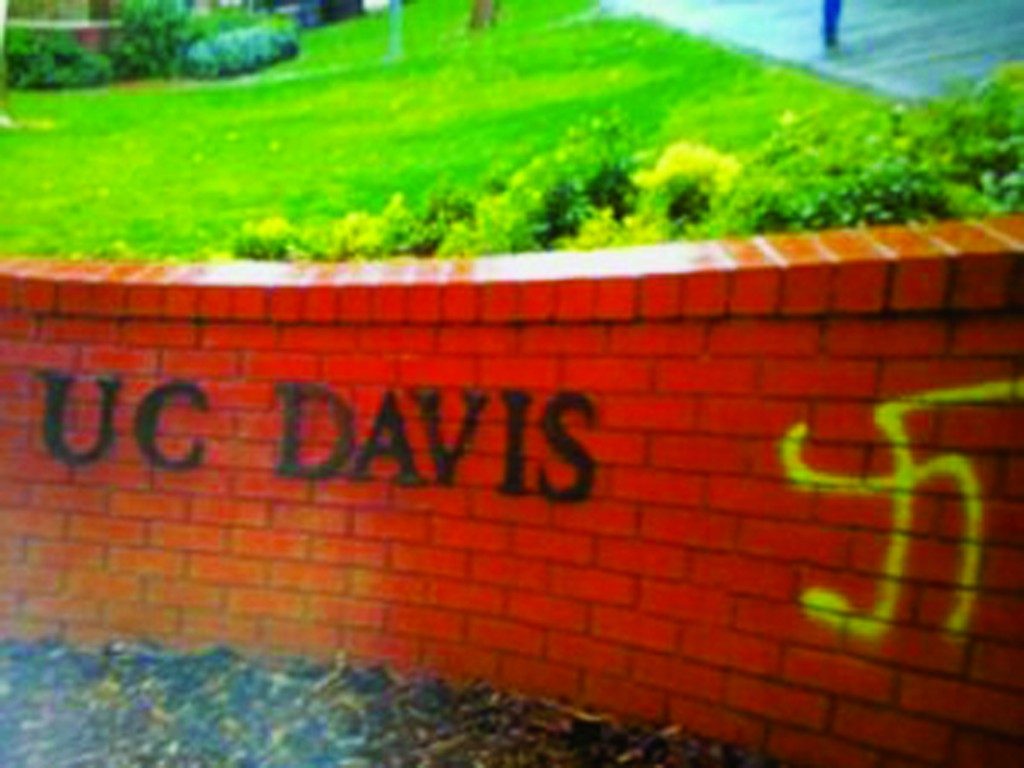 A study showing that nearly 100 more incidents of anti-Semitism on campus occurred in the first half of 2016 than were reported in the corresponding period in the previous year was released Tuesday. The analysis was carried out and published by the AMCHA Initiative, an organization that studies anti-Jewish speech and incidents in institutions of higher learning in the United States.

Professor Tammi Rossman-Benjamin, AMCHA’s co-founder and director, told Hamodia that the uptick reveals not only a rise in anti-Semitic sentiments, but also insufficient action on the part of colleges.

“Administrators are not acknowledging and addressing these trends,” she said. “It has to do with both [factors], but we see that other trends of racism and bigotry in society are dealt with very quickly and seriously in universities.”

Past studies by AMCHA have focused on the connection between the presence of movements such as BDS, Students for Justice in Palestine, and others expressing strong anti-Israel sentiments, and verbal and physical assaults that target Jewish students. This past winter, it released a study that concluded that there was only a one-in-1,000 chance that the two trends are not associated.

“Instead of just boycotting Israel, the anti-Zionists are now boycotting Jewish students,” stated Professor Leila Beckwith, AMCHA co-founder and one of the study’s lead researchers. “Sadly, all too often it is not debate but hate. The lines between political discussions on Israeli policy and discrimination toward Jewish students are being blurred.

A lead finding of the study is that the amount of “shutdowns” and “suppressions of free speech” against pro-Israel voices nearly doubled from 2015. One of the most egregious of these was an incident at the University of California at Irvine, where an event hosted by a pro-Israel group was disrupted by protesters chanting “long live intifada.” Attendees were prevented from leaving the building for nearly an hour and ultimately campus security had to be called.

Professor Rossman-Benjamin said that while comparable attempts to silence opposition have occurred against social conservatives and others who have vocally expressed beliefs contrary to liberal ideologies largely favored in academic circles, she said that the opposition that pro-Israel voices have faced are far greater.

“There are similar strategies at taking over the narrative of events and aggressive behavior by groups like Black Lives Matter, but it is not nearly as severe or systemic as what has been going on against Jewish students,” she said. “It’s a frightening thing to have your civil rights stripped from you over and over again, and often any attempt to talk about the problem is shut down by accusations of racism and Islamaphobia.”