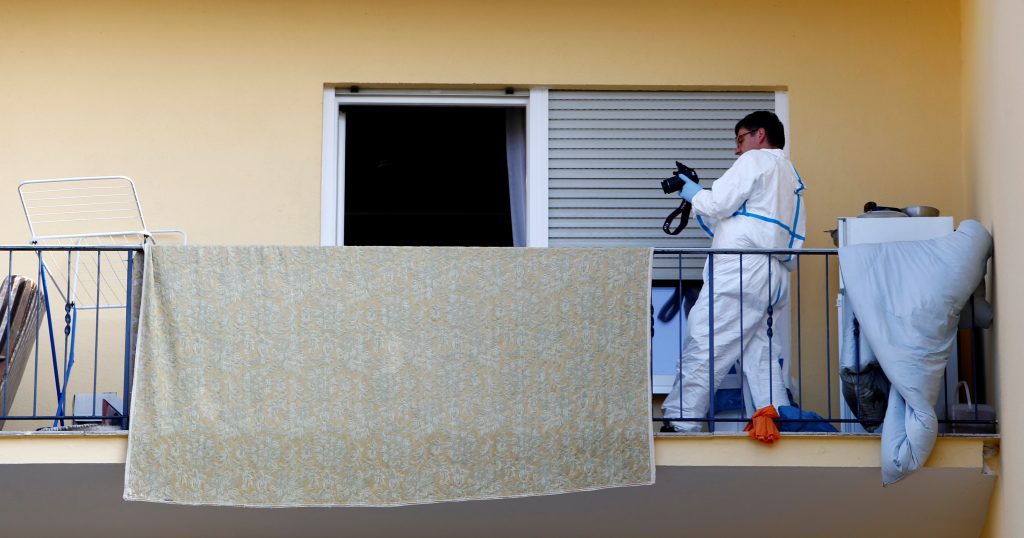 Bavaria’s top security official said Monday that he believes a failed asylum seeker who blew himself up and injured 12 people in the southern German town of Ansbach was driven by religious extremism.

The 27-year-old Syrian blew himself up after being turned away from an open-air music festival. Herrmann said the man’s request for asylum was rejected a year ago, but he was allowed to remain in Germany because of the strife in Syria.

Asked whether the bomber might have links to the Islamic State group, Herrmann said that couldn’t be ruled out, though there was no concrete evidence for this yet.

Earlier Monday a spokesman for the prosecutor’s office in Ansbach said the attacker’s motive wasn’t clear.

“If there is an Islamist link or not is purely speculation at this point,” said the spokesman, Michael Schrotberger.

Roman Fertinger, the deputy police chief in nearby Nuremberg, said it was likely there would have been more casualties if the man had managed to enter the concert venue.

Three of the 12 victims suffered serious injuries in the blast. The attacker’s rucksack had contained sharp bits of metal.

The explosion came as Germany, and the southern state of Bavaria in particular, have been on edge.

Earlier Sunday, a Syrian man killed a woman with a machete and wounded two others outside a bus station in the southwestern city of Reutlingen before being arrested. Police said there were no indications pointing to terrorism.

And an ax attack on a train near Würzburg last Monday wounded five. A 17-year-old Afghan asylum-seeker was shot and killed by police as he fled the scene.

On Sunday, authorities said they were alerted to an explosion in Ansbach’s city center shortly after 10 p.m. The three-day open-air concert was underway, with about 2,500 in attendance, when it was shut down as a precaution after the explosion.

Bavarian public broadcaster Bayerische Rundfunk reported that 200 police officers and 350 rescue personnel were brought in following the explosion in Ansbach.

The recent attacks in Bavaria, a picturesque, mountainous haven for travelers, came shortly after a Tunisian man driving a truck killed 84 people when he plowed through a festive crowd celebrating Bastille Day in Nice, along the famed French Riviera.

In Munich on Sunday evening, 1,500 people gathered at the scene of the shooting there, in tribute to the victims of an 18-year-old German-Iranian. Police said that he had planned the attack for a year.

Herrmann has called those regulations obsolete and said that Germans have a “right to safety.”

Back in January, Bavaria’s justice minister launched a state program in Ansbach meant to teach refugees the basics of law in their new host country. The initiative came amid growing tensions and concerns in Germany about how it would integrate the estimated 1 million-plus migrants it registered crossing into the country last year.

“Germany is an attractive country because it respects the dignity of every human being,” an educational documentary shown to newcomers said, “and it is supposed to stay that way.”