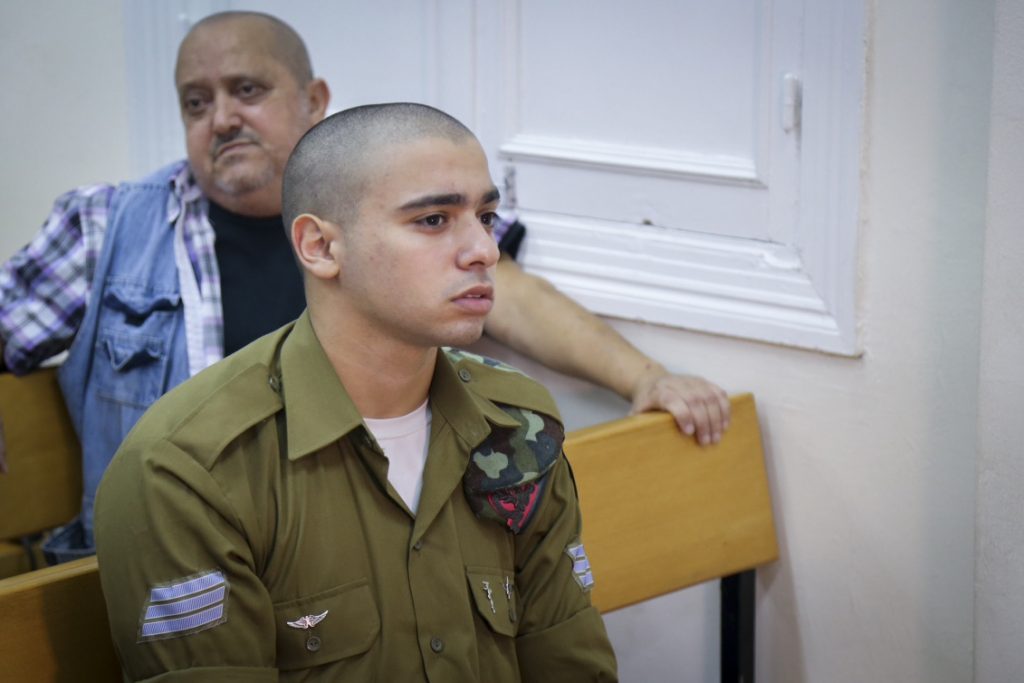 YERUSHALAYIM – Elor Azaria, the soldier who shot at a terrorist in Chevron on Purim morning when he was neutralized and on the ground after having been shot when he tried to stab soldiers, is set to take the stand Sunday at his court martial. Azaria is being tried on charges of manslaughter and conduct unbecoming an IDF soldier. Azaria’s testimony and cross-examination by prosecutors is expected to take three days.

In a statement Sunday, Azaria’s attorneys said that the soldier had told them last week that during an initial investigation into the incident immediately after it occurred, Azaria’s commander slapped him in the face when he spoke of his concerns that the terrorist he had shot was carrying a bomb. He added that he had warned commanders of that possibility during the course of the incident, after the Arab terrorist had tried to stab IDF soldiers.

After that initial investigation, the official IDF inquiry got underway. Azaria told his attorneys that during the incident he had seen the situation through the eyes of a fighter, who was concerned over the safety of his fellow soldiers.

Azaria’s attorneys are expected to call on a host of IDF officers, some of whom have already testified, in order to establish their case that the soldier was responding to a dangerous situation in as careful a manner as possible, and did not shoot the terrorist because of any political or ideological agenda, as the prosecution has been trying to charge.