World May Visits Germany for Brexit Talks With Merkel
World 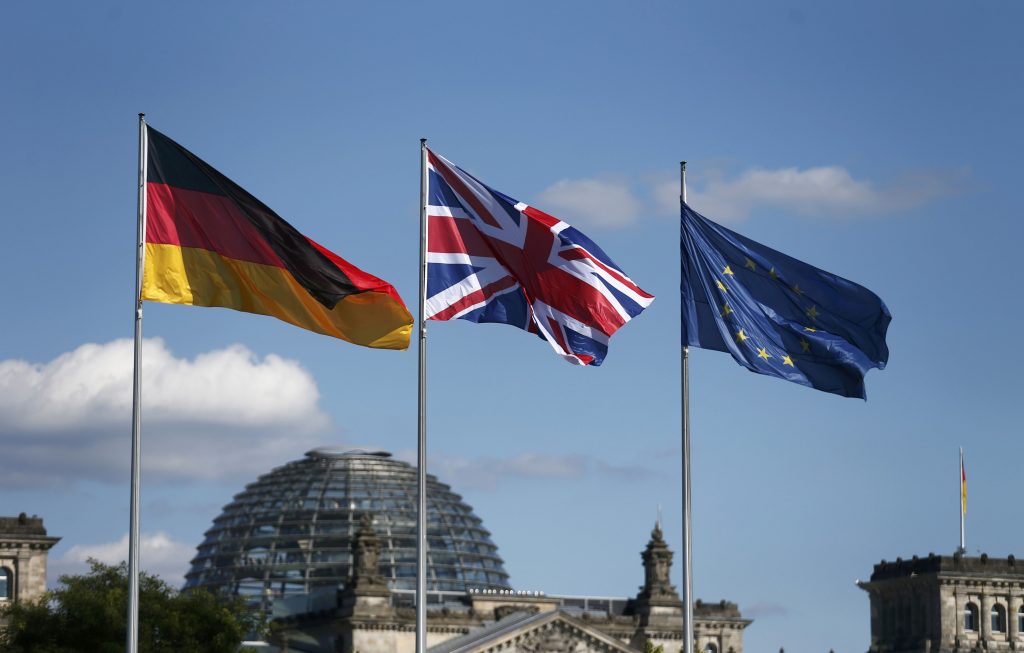 Prime Minister Theresa May made her first overseas trip as Britain’s leader on Wednesday to meet German Chancellor Angela Merkel, who will be a key figure in negotiating Britain’s exit from the European Union.

May was greeted by a military band as she arrived at the Chancellery in Berlin for getting-to-know-you talks with the German leader.

A week ago May replaced David Cameron, who resigned in the wake of Britain’s decision to leave the 28-nation bloc.

May’s office says the trip, which also includes a visit to French President Francois Hollande, will help forge “the personal relations that will pave the way for open and frank discussions in the months ahead.”

May is likely to be asked when she will invoke Article 50 of the EU’s constitution, which triggers a two-year process of quitting the bloc. She has said she does not plan to do that before the end of the year, but EU leaders say there can’t be any substantive talks about future relations until Britain does that.

Merkel’s spokesman Steffen Seibert said talks with Britain over leaving the EU can only begin once Article 50 is activated, and there will be no “pre-negotiations” between Merkel and May.

May said Wednesday that while she doesn’t underestimate the challenge of negotiating the British exit, she firmly believes “that being able to talk frankly and openly about the issues we face will be an important part of a successful negotiation.”

The thorniest issue is likely to be the trade-off between access to Europe’s single market – which the British economy relies on – and control of immigration. EU leaders are unlikely to give Britain full access to the market unless it accepts the EU principle of free movement of people among member states.

Facing her first weekly prime minister’s question session in the House of Commons Wednesday, May did not answer directly when asked if Britain would be willing to leave the single market in order to guarantee migration controls.

She said the referendum result made clear that “people want control of free movement from the European Union.” But, she said, “we must also negotiate the right deal and the best deal on trade in goods and services for the British people.”

May has also announced that Britain is relinquishing its turn at holding the EU presidency in the second half of 2017.

May’s office said the prime minister spoke to European Council President Donald Tusk on Tuesday evening and told him Britain would give up the rotating six-month presidency – held by EU member states in turn – so it could prioritize exit negotiations.

After a working dinner with Merkel in Berlin on Wednesday, May will travel to Paris on Thursday to meet Hollande in Paris. As well as talking about the EU, they will discuss counterterrorism cooperation in the wake of last week’s deadly truck attack in Nice.

May said she wanted to send a message to Britain’s European allies that “these relationships have been vital in the past and they will be vital in the future.”