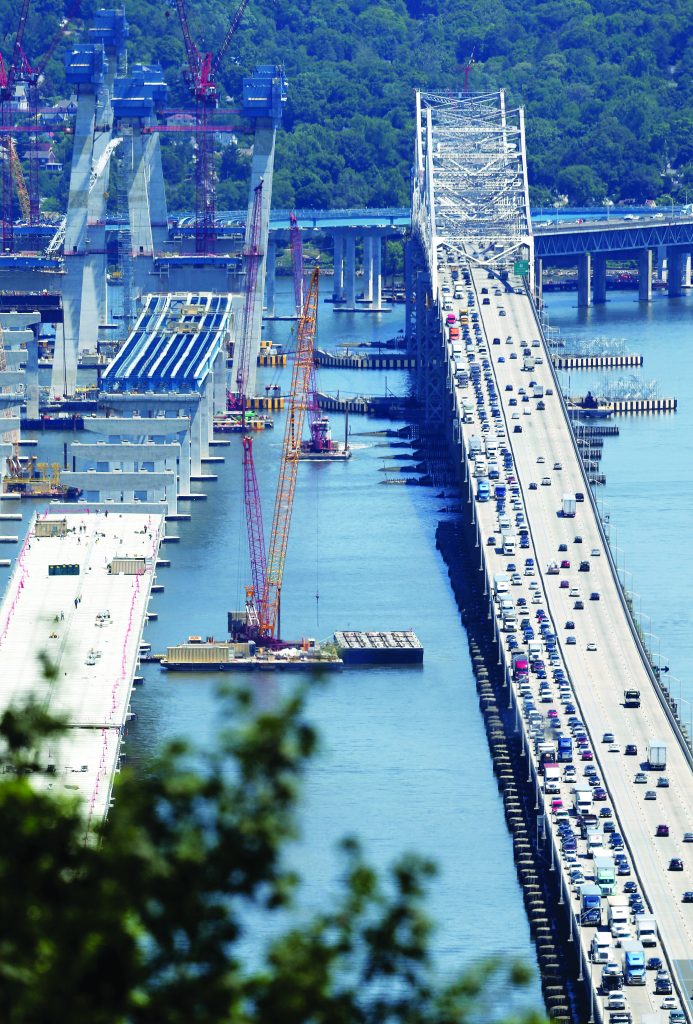 State and federal officials are investigating what caused a huge construction crane to collapse across the Tappan Zee Bridge north of New York City, an accident that miraculously caused no serious injuries but added to a list of crane wrecks in recent years.

The state Department of Labor and the federal Occupational Safety and Health Administration are among the agencies probing the accident, which blocked traffic on the vital Hudson River crossing for hours Tuesday and kept a lane closed through the day Wednesday.

Gov. Andrew Cuomo said there was no immediate answer as to why the crane fell.

“I’m pushing very hard to get the agencies to accelerate and expedite the investigation because we want to know what it was,” he said.

The crawler crane, manufactured by the Manitowoc company of Wisconsin, was less than a year old. It was stationed on the deck of the new bridge, which is being built parallel to the old one, when its 250-foot-long boom collapsed. Part of it fell onto a construction platform between and beneath the two bridges. The other part sprawled across the busy lanes of the old bridge, forcing cars to swerve out of the way.

There are 28 cranes in operation on the bridge project to be completed by 2018 — many much larger than the one that toppled.

Crane safety began getting intense scrutiny in New York after a pair of disasters in 2008.

In one, a nearly 200-foot-tall tower crane used in skyscraper construction fell near the U.N. headquarters on Manhattan’s East Side, pulverizing buildings below and killing six construction workers and a tourist.

Just two months later, another tower crane snapped, fell apart and crashed into a Manhattan apartment building, killing the crane operator and a worker on the ground.

There have been several smaller wrecks since then. Last February in lower Manhattan, a crawler crane collapsed as it was being secured amid a strong wind, killing a pedestrian and injuring three other people.

Mayor Bill de Blasio created a special task force that came up with new safety recommendations for cranes operating in the city. They included a recommendation that cranes be equipped with a “black box” that would indicate whether a crane had lifted too heavy a load.

The panel also suggested that cranes be equipped with so-called “anemometers” to measure wind gusts. Wind was not a factor in the Tappan Zee Bridge crash, officials have said.