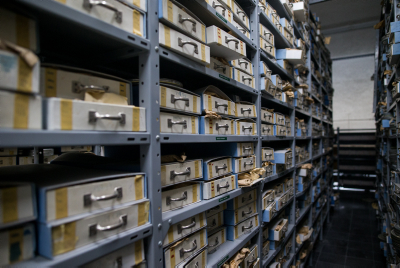 The Israel Broadcasting Authority will not close down this year, it was announced late Monday. In a joint announcement, Histadrut head Avi Nissenkorn and director of the Communications Ministry Shlomo Filber set a new date of mid-2018 as the earliest for the closure of the IBA. The new framework for public broadcasting that had been set to begin operation at the beginning of October will not be enacted for at least 18 months beyond that date, the announcement said.

The reason, according to the two, is that the framework for the new version of the country’s public broadcasting system was not yet complete. The Histadrut said in its own statement that after a discussion about the matter in the Knesset, Prime Minister Binyamin Netanyahu had instructed the new framework not to begin operations until it was ready with a full broadcast schedule.

In its statement, the Ministry said that it was progressing with work on the new framework, and that it would “provide Israelis with a quality and varied program, as a public broadcasting system is supposed to.”

One thing that neither of the parties mentioned in their statements was how the IBA would be funded. The broadcasting tax, which had been the main source of funding of the IBA, has been eliminated, which means that there is no budget to pay for the IBA’s expenses. Speaking on Israel Radio Tuesday, Finance Minister Moshe Kachlon said that he had not been informed in advance of the decision, and had no idea how the IBA would be funded at this point. “One thing I can say is that I will not allow the taxpayer’s money to fall down a black hole where it is not accounted for and is not approved for spending,” he said.