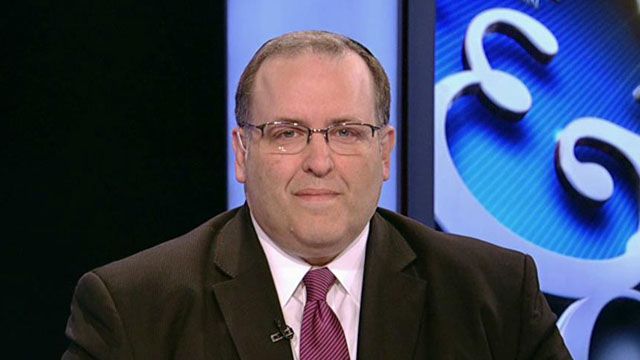 With the Republican Party’s convention in full swing, its proposed platform for 2016 was touted by nominee Donald Trump as being the “most pro-Israel of all time.” But coverage of the GOP’s Israel policy statement was focused not so much on anything that was in the text, but rather on its lack of reference to a “two-state solution.”

The move takes a decidedly different turn away from the 2012 platform, which called for “two democratic states … living in peace and security.”

Republican strategist Jeff Ballabon was instrumental in introducing the present language. He told Hamodia that the present text is “much more representative of where the base of the Republican Party and its leaders are” than previous platforms.

“There’s been pressure for many years by certain largely left-leaning Jewish organizations that have been perceived to lead the issue, to adopt language that’s indistinguishable from Democrats. These groups wanted to maintain that America’s Israel policy is perfectly bipartisan,” he said.

Mark Weitzman, director of government affairs for the Simon Wiesenthal Center, told Hamodia that the exclusion could have more to do with the limited possibilities presently available than a radical shift in policy.

“The feeling is not limited to the GOP. If you look at statements from Netanyahu and Herzog, they both say that there is no real partner for peace right now,” he said.

“The new platform language says nothing pro or con when it comes to the ‘two-state’ ideology and creates not the slightest impediment to Israel pursuing ‘two states’ if that’s actually what Israel decides is best to protect its citizens. It does, however, remove the implied ultimatum and coercion that has been breaking Israel’s back for years.”

The platform language seemed to reflect this approach of discouraging outside pressure by expressing hopes for a “comprehensive and lasting peace in the Middle East, to be negotiated among those living in the region” followed by a statement that “we oppose any measures intended to impose an agreement or to dictate borders or other terms.”

The text of the proposed platform also explicitly calls for recognition of Yerushalayim as the State of Israel’s “indivisible capital” and calls for the U.S. embassy to be moved there “in fulfillment of U.S. law.”

The statement is a reference to the “Jerusalem Embassy Act” that was passed by Congress in 1995. However, since then, administrations from both parties have failed to implement the law, which obligates the embassy to move from its present location in Tel Aviv. Presidents have claimed that the legislation is an overreach of Congress’s authority in foreign policy.

Mr. Weitzman welcomed the GOP’s call regarding Yerushalayim, but was skeptical that it would lead to real changes.

“We would love to see [Yerushalayim] formalized as the capital, but this is not the first time platforms have called for it … and we see what has been done about it,” he said.

The platform also includes a strong condemnation of the BDS movement, labeling it “anti-Semitic in nature.”

Mr. Weitzman’s lukewarm attitude carried over to his views on the party’s policy changes in general.

“We are always grateful for strong statements in support of Israel, but platforms from both parties are often not worth too much,” he said. “They have to be viewed through a political lens. They’re nice to talk about in August, but how much they have to do with reality is often a different story.”