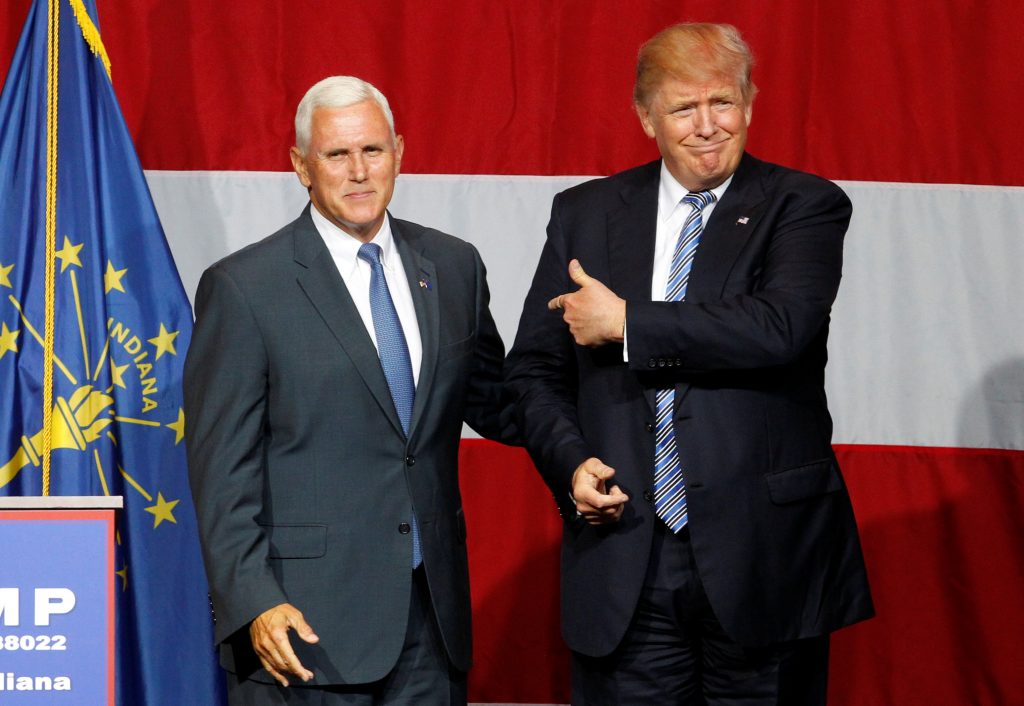 Republican Donald Trump has chosen Indiana Governor Mike Pence as his vice presidential running mate on Thursday, according to media reports, a move that will put at Trump’s side a conservative with the potential to unify divided Republicans.

The presumptive Republican presidential nominee is to officially announce his choice on Friday at 11 a.m. in Manhattan. The choice of Pence was first reported by Roll Call; and The New York Times and CBS also said this was his pick.

Sources had earlier told Reuters that Trump was leaning toward Pence.

Trump is to be formally nominated as the party’s candidate for the Nov. 8 election at the Republican National Convention next week in Cleveland. Traditionally, the vice presidential choice is used to build enthusiasm among party loyalists.

Trump’s choice of running mate is seen as critical because his defeat of 16 rivals in the Republican primary race left the party divided, and some party leaders are still uneasy about some of his campaign positions and his style.

Roll Call said Trump was reportedly impressed with Pence’s calm demeanor, his experience on Capitol Hill and as a governor, and Pence’s potential to assist in governing if Trump wins in November. Trump, a New York businessman, has never held elected office.

Pence, 57, a former congressman, is seen as a safe choice, not too flashy but popular among conservatives, with Midwestern appeal and the ability to rally more party faithful behind Trump.

Pence also could give a boost to Trump’s campaign fundraising efforts. The governor has strong ties to billionaire donors Charles and David Koch, including current and former staff members who have worked for them.

Pence and Trump met on Wednesday at the governor’s residence in Indianapolis. They were joined by members of Trump’s family.

Pence had backed a Trump rival, Senator Ted Cruz of Texas, in April before the Indiana primary, but he praised Trump and said he would work on behalf of the eventual Republican nominee. Trump won Indiana anyway, prompting Cruz to drop out of the race to be the party’s nominee.

Pence had considered running for president himself in 2016 before deciding to run for re-election as governor.

Pence, a staunch social conservative, ran unsuccessfully for Congress twice before he won election to the House of Representatives in 2000, where he was chairman of the Republican Study Committee, a group of conservatives.

In what has been an unusually public process of making his choice of running mate, Trump, 70, sat down with both Pence and Gingrich separately in Indianapolis on Wednesday.

He also met with a fourth potential No. 2, U.S. Senator Jeff Sessions, 69, of Alabama, who has been one of Trump’s closest advisers.

Trump had dinner with Pence on Tuesday night after they appeared together at a rally. Joined by daughter Ivanka and sons Donald Jr. and Eric Trump, Trump also had breakfast with Pence and his wife, Karen, on Wednesday at the governor’s residence in Indianapolis.

Trump adviser Ed Brookover told CNN that Trump “first and foremost” wants a running mate who he has good chemistry with and someone who can help him govern best.