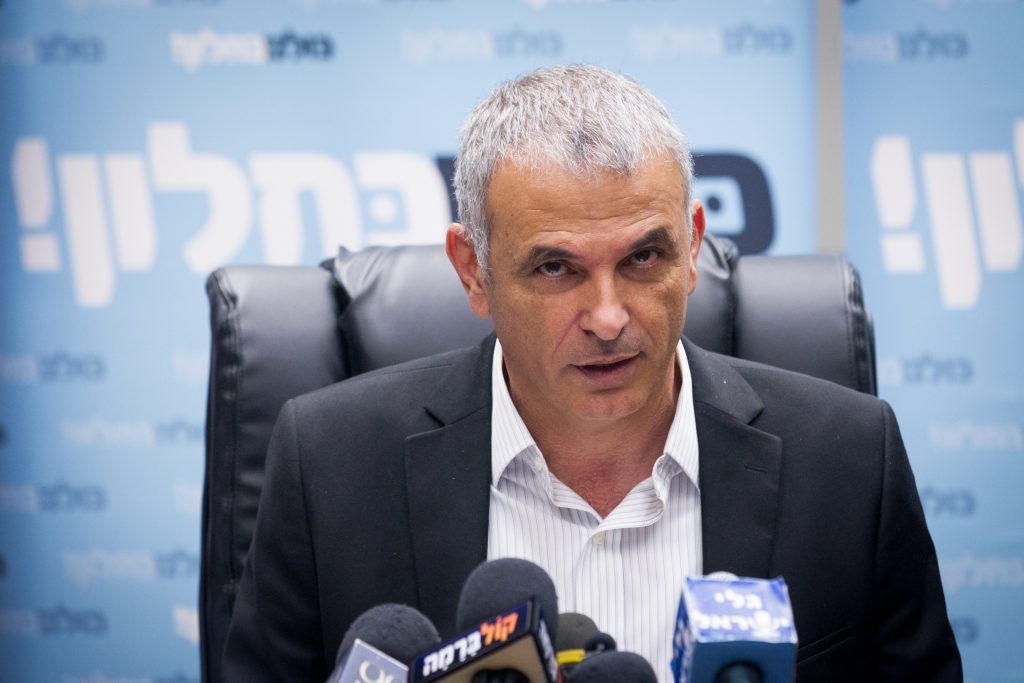 Finance Minister Moshe Kahlon has no aspirations to higher office, he told Channel Ten in a weekend interview. “I do not intend to run for prime minister,” said Kahlon. “I have no political organization to push this, no political tension and no desire to be on top. I am here to serve Israelis.”

In the interview, Kahlon said that finance minister was a position that carried with it an outsized level of responsibility. “I would seek to carry out this office again,” said Kahlon.

Kahlon did not rule out joining with other MKs and political activists to challenge Prime Minister Binyamin Netanyahu, however. In the past, Kahlon has been bruited about as a possible member of a party led by former Likud MK Gideon Saar and former Defense Minister Moshe Yaalon, both of whom are seen as possible challengers to Netanyahu in the next elections.

Yaalon has already announced that he intends to run for prime minister in the next election, although he has not said if he will join an existing party or start a new one. Zionist Camp has sought to recruit Yaalon, but has so far failed to do so.