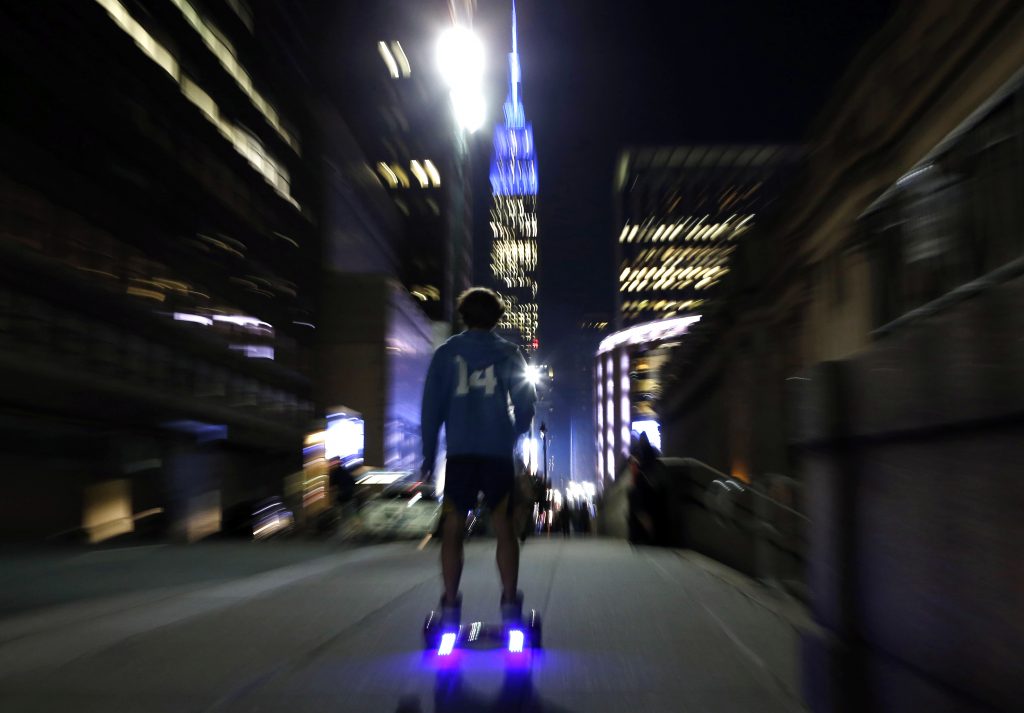 More than 500,000 hoverboards are being recalled after dozens of reports of fires and spewing smoke.

There have been 99 reports to the Consumer Product Safety Commission of battery packs that have overheated, exploded or caught fire, the U.S. regulator said Wednesday.

There have been at least 18 reports of injuries, such as burns to the neck, legs or arms, according to the CPSC. Property damage has also been reported.

Hoverboards were a hot item during the year-end shopping season, but videos and photos of hoverboards on fire were soon teeming on the internet. The CPSC warned makers and retailers of the two-wheel motorized scooters earlier this year that they were required to follow newly-created safety requirements or face recalls. Many airlines, railroads and college campuses have already banned hoverboards, citing safety risks.

The recalled hoverboards were made by 10 companies ranging from Swagway LLC of South Bend, Indiana, to Keenford, based in Hong Kong.

Owners should stop using the recalled hoverboards and return them for a full refund, free repair or a free replacement, the CPSC said.