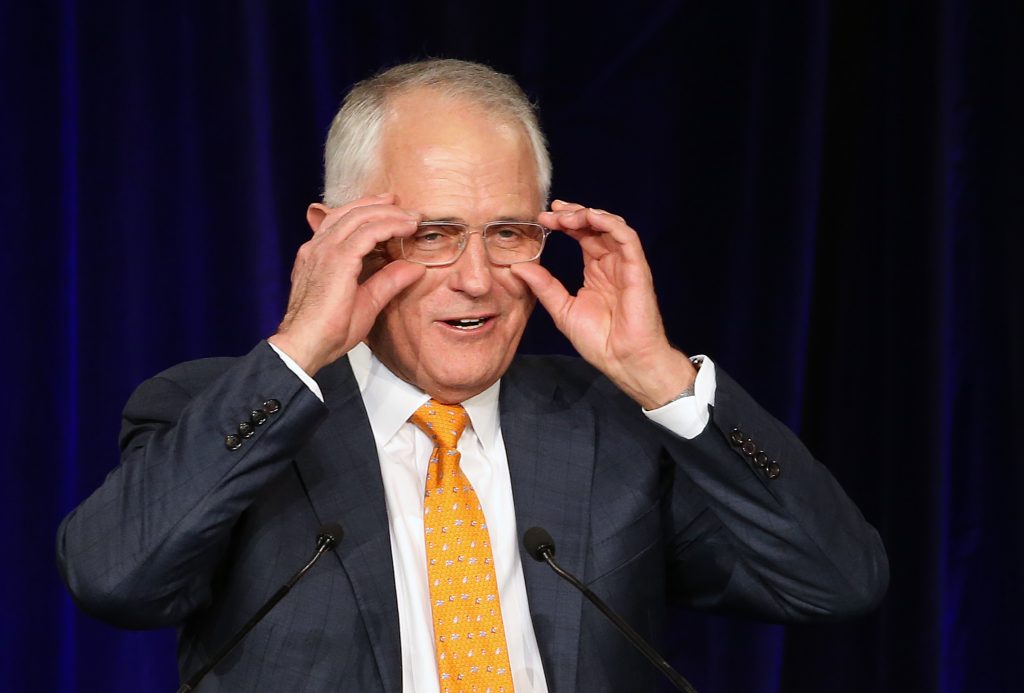 With Australia’s government in chaos amid a dramatic national election that failed to deliver an immediate winner, the country’s opposition leader called on Monday for the prime minister to resign, dubbing him “the David Cameron of the Southern Hemisphere.”

The dig by opposition leader Bill Shorten comes as the country faces up to a month of uncertainty while officials scramble to count the millions of mail-in and remaining ballots that will determine who, if anyone, won Saturday’s knife-edge election.

With about a quarter of the votes left to be tallied, neither Prime Minister Malcolm Turnbull’s conservative Liberal Party-led coalition nor Shorten’s center-left Labor Party had secured the required 76 seats in the 150-seat House of Representatives to form a government — raising the prospect of a dreaded hung parliament.

“Mr. Turnbull clearly doesn’t know what he is doing. Quite frankly, I think he should quit,” Shorten told reporters. “He has taken this nation to an election on the basis of stability. He has delivered instability. … The bloke is not up to the job.”

Shorten mocked Turnbull for assuring voters that sticking with the coalition was the safer, steadier choice amid the global chaos prompted by Britain’s decision to exit the European Union and British Prime Minister David Cameron’s subsequent resignation.

“Mr. Turnbull tried to capitalize on the Brexit vote and say therefore, because of what happened in England, you had to vote for him in Australia,” Shorten said. “He Brexited himself.”

Turnbull was facing fierce criticism from all sides on Monday for his decision to call a rare early election. Most analysts had predicted the race would be tight, but few had anticipated it would be this close: Labor and the Liberals were in a virtual tie, raising the possibility that neither will end up with enough seats to form a majority government, resulting in a hung parliament.

That would force the Liberals and Labor to try to strike alliances with independent and minor party lawmakers in a bid to form a minority government. If no alliance can be forged, the government could end up calling yet another election — a possibility sure to frustrate politically weary Australians who have endured five changes of prime ministers in as many years.

Turnbull, who is pinning his hopes on mail-in and early ballots that traditionally favor the conservatives, said he remained quietly confident of an eventual victory, and his coalition could indeed still win by a slim margin. But the strong comeback by the Labor Party had many questioning whether Turnbull could hang onto his job, even if his party is re-elected.

Mobbed by reporters outside his Sydney home on Monday morning, Turnbull ignored a question about whether he was still confident of his leadership, telling journalists simply that “the counting continues.”

As of Monday, the ABC election analysts — considered among the most reliable — were predicting that Labor and the coalition were tied at 67 seats each and minor parties were leading in five seats. Another 11 seats were in doubt.

Counting by the Australian Electoral Commission was on hold until Tuesday, with Turnbull warning that the ultimate result may not be known until the end of the week. The electoral commission said it may take up to a month.

With the possibility of a hung parliament looming, Turnbull and Shorten both said they had contacted the five independent lawmakers who could make up a minority government if needed. Two of those — Tasmania State independent Andrew Wilkie and Victoria State independent Cathy McGowan — said Monday they had yet to commit to either party.

Independent Senator Nick Xenophon said he had spoken with both leaders, describing the phone calls as simple, “G’day, let’s keep in touch and see where the dust settles” conversations.

“I still think it’s likely that Malcolm Turnbull might just get across the line with a one-seat majority,” Xenophon told Melbourne radio station 3AW.

Shorten declined to elaborate on what any Labor deals with the independents might involve, but vowed to work with all lawmakers in a bid to restore order to the fractured Parliament.

The election result comes as frustrated Australians have watched while internal party squabbling and fears over flagging poll ratings have prompted both Labor and the Liberals to oust a series of leaders in rapid-fire succession in recent years.