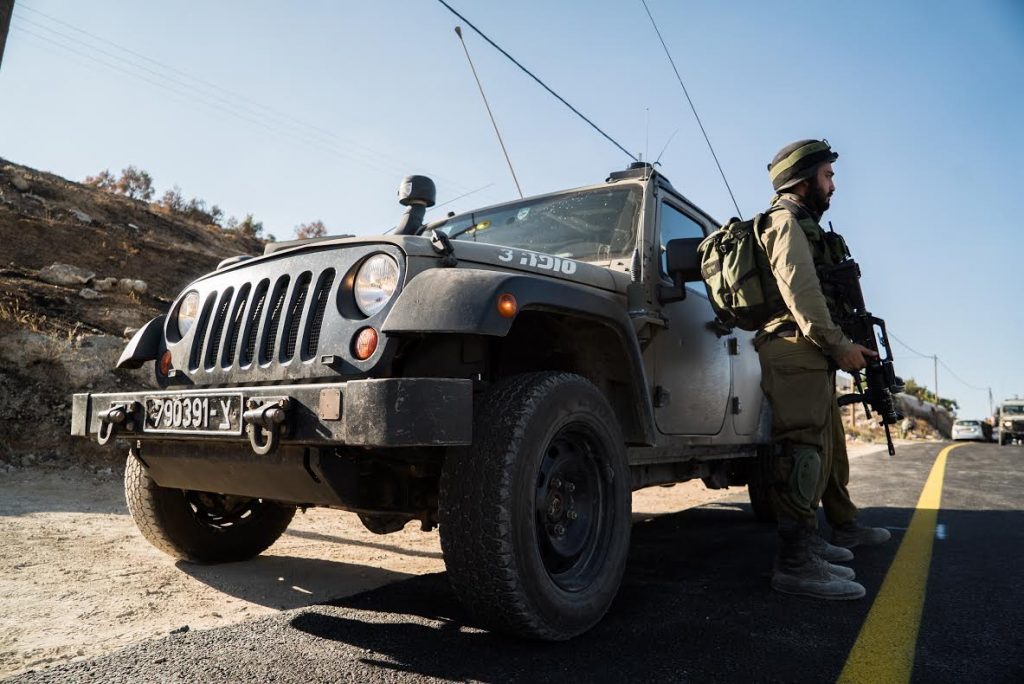 The IDF plans to continue its closure of Chevron and the Arab villages in the area for at least another day, as the levayah for the latest victim of Arab terror, Rabbi Michael Mark, Hy”d, was set for Sunday morning. Family members called on Israelis from around the country to participate in the levayah in order to make clear their solidarity with the security needs of the residents of Yehudah and Shomron. The levayah will begin at the Otniel Hesder Yeshivah, and proceed to Har Hamenuchos in Yerushalayim.

The security cabinet met Motzoei Shabbos in the wake of the terror attack Friday south of Chevron that took the life of Rabbi Mark and left his wife, Chava, hospitalized in serious condition.

Over the weekend, IDF forces arrested several suspects in the shooting. Throughout the country Motzoei Shabbos, spontaneous rallies and demonstrations broke out at key intersections, with thousands taking to the streets to demand greater action by the IDF to stop the terror wave.

The cabinet discussed some ways of doing that, in a meeting that was reportedly tense. The government has not yet released a statement on the results of that meeting, but sources told Army Radio that Education Minister Naftali Bennett slammed Defense Minister Avigdor Liberman and Prime Minister Binyamin Netanyahu for failing to take “substantial steps” to halt the terror wave.

So far, sources in Bennett’s office told the station, “the government has been recycling old decisions that have not worked in the past. Meanwhile, the terrorists’ families are celebrating their ‘martyrdom,’ and they get a huge salary from the Palestinian Authority. We have a situation where terror goes ‘viral,’ with one copying another. Continuing in these old patterns will not stop terror. The time has come for some radical action,” the sources were quoted as saying.

Among the steps Bennett seeks to implement is the immediate demolition of thousands of units built illegally by Arabs in the area. Bennett will also demand that advanced data services be halted in the Chevron area, to prevent Arabs from using social media to incite others to murder. Speaking to Army Radio Sunday, Bennett said that not all the decisions he advocated were adopted, but regardless of the decisions accepted, the key was to follow through and act on them. “From our experience the test is in the action that follows. If we see a determined effort to carry out the decisions that were made last night, I believe we will see an improvement in the situation.”

One specific decision that was announced was the establishment of a cemetery for terrorists. The bodies would be buried in the cemetery in common graves, thus preventing the return of bodies to their families for funerals which often turn into rallies praising terror. In addition, the government will cut payments to the Palestinian Authority in the amount that the PA pays out in pensions and compensation to families with members killed in terror attacks.