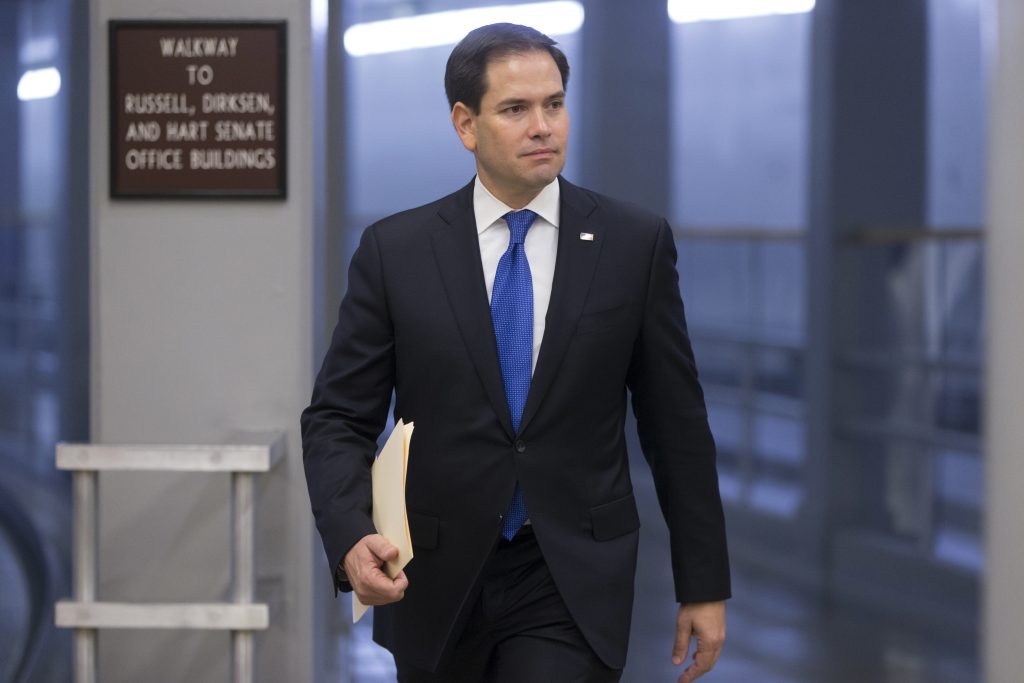 A rescue package for debt-stricken Puerto Rico has survived a test vote in the Senate, just two days before the island is expected to default on a $2 billion debt payment.

The White House-backed measure would create a control board that would oversee the U.S. territory’s finances and could supervise some debt restructuring. Senators voted 68-32 to advance the bill to a final vote.

Leaders of both parties urged their colleagues to support the legislation, saying that Congress needs to step in to prevent financial and humanitarian chaos on the island. Final passage is expected Wednesday or Thursday.

“We must act now to prevent matters from getting worse,” said Senate Majority Leader Mitch McConnell.

Puerto Rico is in a decade-long recession and has $70 billion in debt. The bill would also require the territory to create a fiscal plan and fund public pensions, which the government has shorted by more than $40 billion. The $2 billion payment to creditors is due July 1.

Treasury Secretary Jacob Lew made a last-minute visit to Capitol Hill Tuesday in a bid to persuade some reluctant Democrats concerned that the board would be too powerful. Democrats have also opposed a provision that would allow the island’s government to lower the minimum wage for some younger workers.

Lew urged senators to vote for it Wednesday even though it isn’t perfect.

“The fact that this works and it gives Puerto Rico the ability to move forward is just an overwhelming reason to pass this in a timeframe that prevents the descent into chaos,” Lew said.

Senate Minority Leader Harry Reid, D-Nev., said he would vote for the legislation and asked his colleagues to support it, but criticized McConnell for not allowing amendments to the bill. The House is out of session until July 5, so the Senate will have to pass the House bill unchanged for it to head to the president’s desk for his signature before the Friday deadline.

Some Democrats said they would back the bill, though unenthusiastically.

“I’m not going to let the adequate be the enemy of the barely sufficient,” said Oregon Sen. Ron Wyden, the top Democrat on the Senate Finance Committee.

Others voted against it. Democratic Sen. Bob Menendez of New Jersey monopolized the Senate floor for more than four hours Tuesday evening, arguing that the bill adopts a colonial approach over the territory’s 3.5 million United States citizens. He said ordinary Puerto Ricans would have little say over the control board and the package favors hedge-fund creditors over island pensioners.

Republicans were split on the bill. Some voted against it, saying the control board wouldn’t be powerful enough. Others said it was the best path forward.

Supporters warned that if the measure fails to pass before the July 1 payment deadline, the island will face multiple lawsuits from unpaid creditors and could be forced to further cut essential services. The legislation would halt creditor lawsuits.

In the days before the vote, some bondholder groups worked to turn senators against the bill, arguing it doesn’t sufficiently protect creditors and is tantamount to a bailout for the territory. Several labor unions also lobbied against the measure, arguing in a letter sent to senators that the minimum wage provision could take money out of the Puerto Rican economy.

Like Lew, Puerto Rican Gov. Alejandro Garcia Padilla made a last-minute visit to Capitol Hill to lobby for votes.

“It’s not perfect, but we need it,” Garcia said between visits with senators Tuesday.