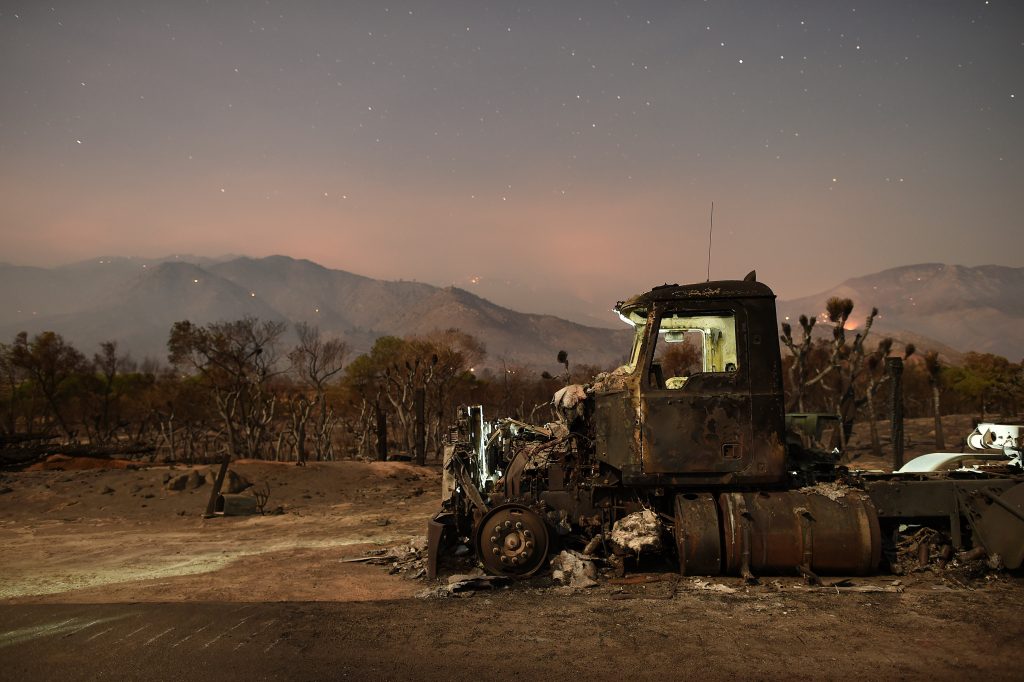 Firefighters in central California had by Wednesday contained most of a wildfire ranked as the biggest and deadliest of several blazes raging across the state in an early summer heat wave.

Crews had cut containment lines around 60 percent of the fire, named Erskine, up from 15 percent on Tuesday, in the drought-parched foothills near Lake Isabella in Kern County, about 110 miles north of Los Angeles, fire managers said.

A major highway through the area had also been reopened and more evacuees had been allowed to return home, authorities said.

Some 1,800 firefighters were battling the blaze that has burned about 47,000 acres, or more than 70 square miles, since it started on Thursday.

There is a 20 percent of rain showers on Wednesday in the area, which could aid crews, but fire-starting dry lightening strikes are also possible, InciWeb said.

Erskine was largely unchecked during its first two days as high winds drove flames fast through several communities south of the lake, burning more than 250 structures to the ground as residents fled for safety.

The charred remains of two people were found on Friday just beyond the ruins of their home, Kern County sheriff’s spokesman Ray Pruitt said. Authorities said salvage crews might find more bodies as they make their way through devastated neighborhoods to inspect the damage.

The two victims were identified as Byron and Gladys McKaig – California’s first wildfire fatalities of 2016.

The wildfire season officially began in May but the nine major fires that have started in California over the past week marked the first widespread outbreak of intense fires this year. Erskine is by far the largest and most destructive of those.

Daniel Berlant, a spokesman for the California Department of Forestry and Fire Protection, said the state had already experienced some 2,400 wildfires, small and large, since January. They burned a total of 99,000 acres.

Authorities are investigating what caused Erskine.